Guardiola: Rodri could be out for up to three weeks Cape Town - Manchester City midfielder Rodri could be sidelined for a while after picking up a hamstring injury in the 5-1 thrashing of Atalanta on Tuesday.

City have one foot in the knockout stages of the Champions League following the convincing win at the Etihad Stadium, but it came at a cost as Rodri was helped from the field with a hamstring injury late in the first half.

Speaking after the game, Guardiola said he is optimistic the problem is not serious, but some kind of spell on the sidelines looks inevitable as they wait on the full diagnosis.

"I think it will be 10 days but if it's broken (torn), it will be three weeks," the City boss told reporters after the game.

Phil Foden also saw red after picking up two yellow cards late in the game, but Guardiola praised his performance and dismissed suggestions his young starlet would be fined for indiscipline.

Otherwise it was a successful night for City, who recovered from conceding the first goal, to brush aside their Italian opponents.

The result took City five points clear at the top of Group C and within touching distance of the last 16 with three games still to play.

Guardiola, who saluted the performance of Sterling after the game, feels City now have one foot in the knockout stages and praised his side for overcoming a tough opponent.

"It was a really tough game against a really tough opponent. It was an incredible effort because they have a lot of quality," the Spanish tactician said.

"That is why I am so satisfied with the result. Three more points in the next game and we will be in the next stage."

We live in a world where facts and fiction get blurred
In times of uncertainty you need journalism you can trust. For only R75 per month, you have access to a world of in-depth analyses, investigative journalism, top opinions and a range of features. Journalism strengthens democracy. Invest in the future today.
Subscribe to News24
Related Links
Lampard: Ajax's youth system is incredible
Thiago Motta appointed Genoa coach
'I should have had four': Hat-trick hero Sterling wanted more
Next on Sport24
LIVE | Dynamo Kiev v Juventus 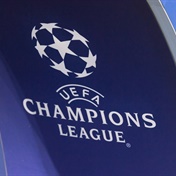