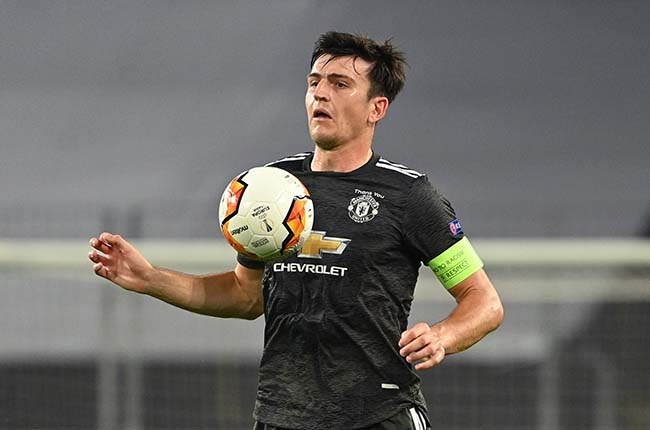 Manchester United captain Harry Maguire says there are no excuses for the poor first-half performance against RB Leipzig.

United were knocked out of the Champions League after losing their final group match 3-2. They set themselves up for disaster by conceding two goals in the opening 15 minutes.

Leipzig extended their lead to three in the second half, before United pulled two goals back late on. After mounting comebacks in their last two league games, they hoped for another, but the damage had already been done.

United will face several questions after the result, which sees them drop into the Europa League. It is not the outcome they were aiming for.

After the game, captain Maguire lambasted their sluggish start and failure to get the basics right.

"It wasn't good enough for the first 20 minutes. We weren't at it," Maguire told BT Sport. "They put two balls in the box, and we failed to deal with them.

"We have to look at ourselves, we gave ourselves too much to do. You've seen how close we came at the end, but we started too slow and we can't keep falling behind.

"We said on Saturday at half-time [against West Ham], 2-0 down, the next goal is crucial, and we said it again tonight. They made it 3-0 and the task becomes even bigger.

"The third goal proved to be the crucial one but even three down we came close at the end."

Some pundits felt Ole Gunnar Solskjaer used a system that was too experimental, as he changed to a back three before reverting to a four in the second half.

At the heart of that defence, Maguire dismissed the idea that the shape was to blame – saying the reason they lost was simple.

"I don't want to look at excuses," he said. "We have to go out and be aggressive, win balls.

"That's the basics. If you can't defend crosses, you're going to lose games.

"I don't want to look at shape – it's not an excuse. There are 11 bodies out there who have to do the basics of football.

"We started the game too slowly. We failed to deal with crosses and that is why we were beaten. We've got to do more."

We live in a world where facts and fiction get blurred
In times of uncertainty you need journalism you can trust. For only R75 per month, you have access to a world of in-depth analyses, investigative journalism, top opinions and a range of features. Journalism strengthens democracy. Invest in the future today.
Subscribe to News24
Related Links
Solskjaer refuses to blame Champions League exit on Paul Pogba disruption
UEFA announces 'thorough investigation' into incidents in PSG-Basaksehir game
Manchester United dumped out of Champions League with defeat at Leipzig
Next on Sport24
Chelsea defender James loses medals in break-in during Zenit win