Klopp at a loss for words after Liverpool 'stop playing' 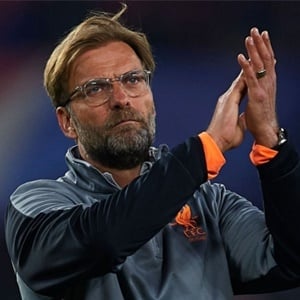 Seville - Liverpool manager Jurgen Klopp defended his side's mental strength despite crumbling under the pressure of an inspired second-half Sevilla comeback to throw away a three-goal lead in Spain on Tuesday.

A thrilling 3-3 draw leaves Liverpool still on top of Champions League Group E, but means they still require a point when the English side host Spartak Moscow on December 6 to book their place in the last 16 for the first time in nine seasons.

Klopp blamed Liverpool's lack of Champions League experience in recent seasons for the way they folded after a Roberto Firmino double either side of Sadio Mane's header had given them a 3-0 lead inside half an hour.

"It is not perfect tonight but it is not a general problem," said the German.

"It just happened. In this atmosphere we need to get more and more experience.

"Could we have done better? 100 percent, but do I think it is a mentality problem? 100 percent not."

Wissam Ben Yedder headed home Ever Banega's free-kick and then slotted home from the penalty spot to reduce the arrears, before Guido Pizarro prodded home a stoppage-time equaliser to extend Sevilla's year-long unbeaten run at home amid delirious scenes at the Ramon Sanchez Pizjuan.

"Hope AC Milan watched it," Ben Yedder cheekily posted on Twitter in reference to Liverpool's stunning fightback from 3-0 down at half-time to win the 2005 Champions League final on penalties.

"We managed to transform all pessimism into optimism and appeal to the heart and soul of the team."

Klopp, meanwhile, was left to rue the latest in a series of defensive collapses that have dogged his two years in charge at Anfield.

"They are human beings," he said of his players' complacency after half-time.

"Maybe it was misjudgement in controlling the game. You cannot become passive in a game like this because the second half is too long.

"It is not the first time it has happened in football, it will not be the last time.

"We already did similar things at home using our crowd and atmosphere.

"Sevilla had to show character. If this is Anfield and we are 3-0 up it is different, but it was here and we let them come back in the game and that is our main mistake."

Both sides remain in control of their own destiny to reach the knockout stages with a point also enough for Sevilla to progress when they travel to Maribor on matchday six.

"From tomorrow on we will know we have a point more," added Klopp.

"It feels like we've lost the game, we haven't, but just ask Sevilla because they feel like they've won the game and they didn't."

Sevilla will qualify no matter what they do in Slovenia as long as Spartak don't win at Anfield and Berizzo hopes his side's late equaliser forces a backlash from Liverpool.

"Our draw conditions the game between Liverpool and Spartak.

"Liverpool aren't qualified and need to go to win the game, but we have to try to win in Maribor no matter what happens in the other match.

"The point and the performance today has to strengthen and stimulate us to show that playing like this is possible."

We live in a world where facts and fiction get blurred
In times of uncertainty you need journalism you can trust. For only R75 per month, you have access to a world of in-depth analyses, investigative journalism, top opinions and a range of features. Journalism strengthens democracy. Invest in the future today.
Subscribe to News24
Related Links
Klopp hails in-form Salah
Klopp fighting fit after health checks
Liverpool manager Klopp hospitalised
Next on Sport24
Jurgen Klopp dismisses Midtjylland's 'small club' tag