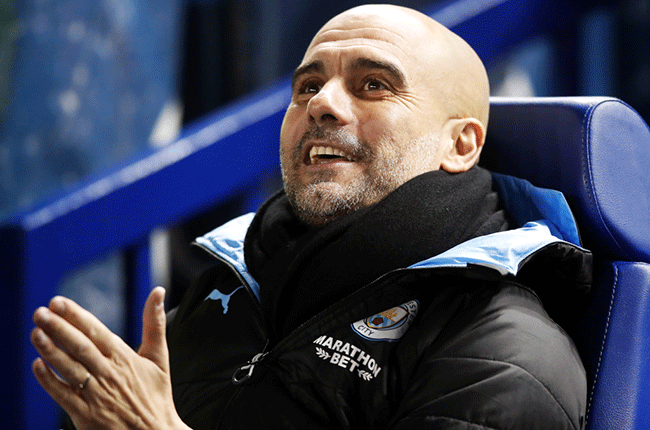 Pep Guardiola warned Manchester City that the straight knockout format of the Champions League final stages in Lisbon means being favourites counts for little ahead of their quarter-final clash with Lyon on Saturday.

City can reach the last four for just the second time in the club's history and the first since Guardiola arrived in Manchester four years ago with victory over the French side, who finished seventh in the 2019/20 Ligue 1 season cut short due to the coronavirus pandemic.

But Lyon knocked out Juventus on away goals to make the last eight and after suffering plenty of Champions League heartbreak with Barcelona, Bayern Munich and City since he last lifted the trophy as Barca boss in 2011, Guardiola is wary of his side's tag as competition favourites.

"There is no second chance, it is back in Manchester or stay here four more days. The approach is completely different," said Guardiola at facing a one match shootout rather than the normal two-legged tie at this stage of the competition.

City beat 13-time winners Real Madrid home and away in the last 16 to record their first ever knockout win over a former winner in the Champions League.

Another will await in one of Guardiola's former clubs, Barca or Bayern, in the semi-finals should City progress, but the Catalan believes his side are now mentally ready to handle the pressures of the Champions League later stages.

"Of course it was so important to beat the kings of the competition (Madrid), but when you play this competition in just one game anything can happen," added Guardiola.

"These games the mentality, the spirit, the head leads all the other things and I feel the players are ready to do it."

Guardiola confirmed that Sergio Aguero remains in Barcelona recovering from a knee operation so will not feature on Saturday and is highly doubtful to return even if City make it all the way to the final on 23 August.

Lyon coach Rudi Garcia said that his team's victory over Cristiano Ronaldo's Juventus showed that the French club are not just makeweights in the tournament.

"It gave us more confidence. We want to stay a long time in Lisbon even if we know that City remain the big favourites in this match," he said.

"The first quarter-finals have showed that the big teams can be scared. I hope that will continue on Saturday."

The French side also showed what they are capable of in taking four points from a possible six against City in the group stage of last season's Champions League.

"It was wonderful what they did back then but now it's another moment, and a knockout game. It shows that no game is lost," he added.

"One of the keys is to keep the ball and to score. We are a team capable of doing that. We must also be more dangerous up front."

We live in a world where facts and fiction get blurred
In times of uncertainty you need journalism you can trust. For 14 free days, you can have access to a world of in-depth analyses, investigative journalism, top opinions and a range of features. Journalism strengthens democracy. Invest in the future today. Thereafter you will be billed R75 per month. You can cancel anytime and if you cancel within 14 days you won't be billed.
Subscribe to News24
Related Links
Dutch boss Sarina Wiegman to replace Phil Neville as England coach
Arsenal sign Willian on free transfer
Infantino believes he is 'untouchable', says ex-FIFA chief Blatter
Next on Sport24
Klopp confident Salah, Van Dijk fit for Champions League final