Arsene Wenger: The Premier League is handicapped without fans 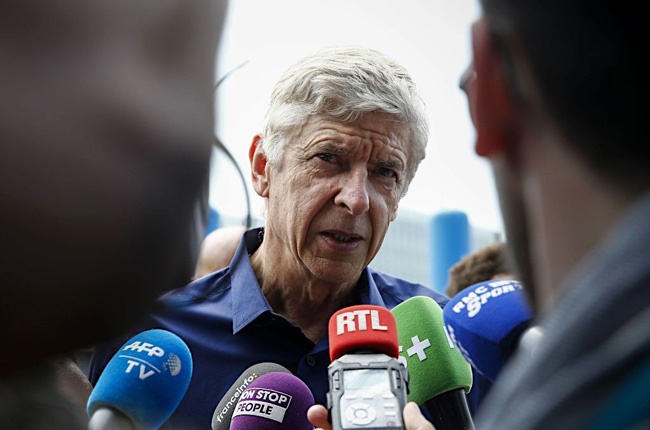 Arsene Wenger has warned that the Premier League will suffer more than the other top European leagues due to a lack of supporters.

Premier League football is set to return on Wednesday, 17 June after a nearly three-month suspension due to the coronavirus pandemic.

Aston Villa will play Sheffield United on that date, a Wednesday, while Manchester City take on Arsenal, the league announced following a shareholders' meeting of the clubs 11 days ago.

Both are rearranged matches and will mean all 20 clubs have played 29 matches heading into the weekend of 19-21 June, when the rest of the top flight will be in action.

Of course, all matches will be played behind closed doors, something which Wenger thinks the Premier League will struggle with more than other leagues.

"What makes it special in England is the way people react to the game," Wenger told The Athletic.

"It is the best country in the world for the way the fans respond to what's happening on the pitch. That's why I think it will be the most handicapped championship without that.

"You realise that football without fans is not real. You have two elements in football games: the players and the fans who go to the stadiums, and people who watch it on television.

"So, you have divided the first section if the spectators have to stay at home. Only one part of the spectacle is the players. You realise how much you miss the other part."

Wenger continued: "For the game itself, one of the first things I noticed is the lower teams without fans have a bigger handicap than the higher teams.

"In Germany, for example, you can see that in-home games against bigger opponents, there is an element missing — that tension, that belief, that motivation that is coming from outside the pitch.

"You see that the internal motivation of the club is not big enough against the big clubs. The bigger teams have more quality, so a way to reduce the difference between the teams is, of course, to have the support of your fans and get that intensity into the game. Let's not forget it influences the referee and the opposition team as well."

We live in a world where facts and fiction get blurred
In times of uncertainty you need journalism you can trust. For only R75 per month, you have access to a world of in-depth analyses, investigative journalism, top opinions and a range of features. Journalism strengthens democracy. Invest in the future today.
Subscribe to News24
Related Links
Lifelines for Hazard and Suarez as La Liga title race looks to forgotten stars
A year to go but postponed Euro leaves UEFA with plenty to ponder
Brazilian star Neymar faces criminal complaint for homophobia
Next on Sport24
'Excited' Moyes signs new contract with West Ham