Erik Lamela scoring a rabona for Tottenham Hotspur against Arsenal.

Erik Lamela scored a contender for Goal of the Season with an audacious rabona for Tottenham while Cristiano Ronaldo and Peter Shalulile produced some of Sport24's best moments from the weekend's soccer action.

Pace-setters Mamelodi Sundowns clinched a dramatic last-gasp 2-1 win away to Stellenbosch FC to stretch their lead in the Premiership to four points. With two games in hand Masandawana could extend their lead at the top of the table to 10 points over surprise package Golden Arrows in second place, while also importantly to 13 points over an emerging Orlando Pirates side in third. Head coach Manqoba Mngqithi said post-match "this is how champions are made", and it's becoming harder to disagree with him. In his first season at Sundowns, the Namibian international has hit the ground running and is emerging as potentially one of the most dangerous strikers on the African continent. Shalulile again put in a match-winning performance against Stellenbosch, providing an assist before scoring the match-winner late into stoppage time. Incredibly, in his last four appearances, the 27-year-old has provided a goal and assist against Stellies; then scored against Baroka FC; provided two assists against Chippa United; after scoring two goals a few days earlier against Black Leopards. 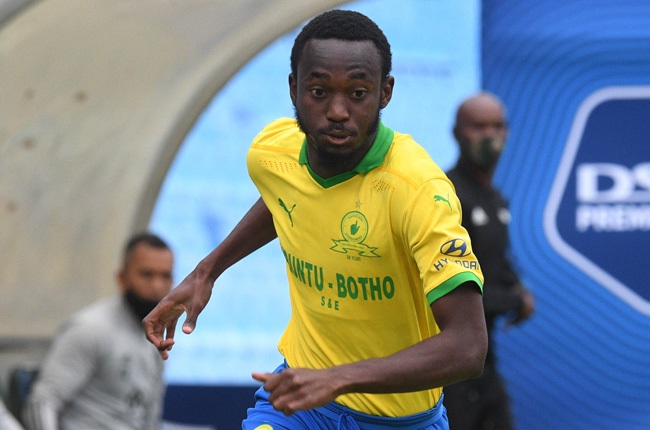 Flair for the audacious by Erik Lamela

Despite going from hero to zero after being sent off in his side's 2-1 derby defeat to Arsenal, Lamela scored a contender for Goal of the Season with his audacious rabona effort. Incredibly, it probably isn't the best rabona goal of his career. His opener after coming on as a substitute left those watching stunned, none more so than Spanish team-mate Sergio Reguilon who wore the expression of utter disbelief.

Erik Lamela with a goal of the season contender in the North London Derby ?? Wilfried Zaha should be applauded for taking a stand at what he feels is the devaluing of the symbolic gesture of taking a knee against racism before Premier League matches. Zaha said recently he felt taking a knee had simply become part of the pre-match routine performed by players while black players continued to receive online racial abuse in recent weeks. The king is not dead, as Cristiano Ronaldo proved by scoring a hat-trick in a 3-1 Juventus win over Cagliari. The 37-year-old scored the "prefect" hat-trick by finding the net with his head, right foot from the penalty spot then with a left-footed screamer to extend his lead in the Serie A scoring charts. Ronaldo confirmed that he had heard all the criticism thrown his way during the week after Juve crashed out of the Champions League to Porto, celebrating by performing a gesture that he couldn't hear the haters.

We live in a world where facts and fiction get blurred
In times of uncertainty you need journalism you can trust. For only R75 per month, you have access to a world of in-depth analyses, investigative journalism, top opinions and a range of features. Journalism strengthens democracy. Invest in the future today.
Subscribe to News24
Related Links
Brazilian legend Pele congratulates hat-trick hero Ronaldo for breaking his record
Premier League talking points: United, Leicester strengthen top 4 place
Man City's rich resources make 'impossible' quadruple quest a reality
Next on Sport24
Percy Tau scores first goal for Brighton in pre-season friendly