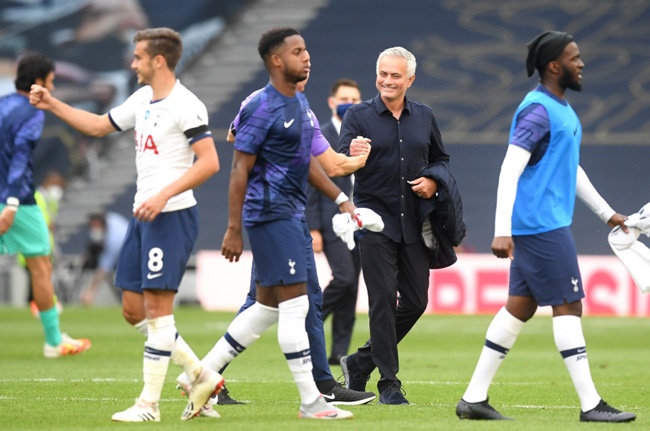 Tottenham Hotspur defender Danny Rose says he would love to play for the club again.

The 30-year-old left-back spent the second half of the season on loan at Newcastle and does not appear to be in Jose Mourinho's plans in north London.

Rose has previously revealed that chairperson Daniel Levy has told him he will not be getting a new contract when his current one expires next summer, but that he would see out his deal.

His future remains up in the air ahead of next season, but Rose, who has also said he is keen to stay at Newcastle, is now open to an unlikely stay at Spurs in order to say goodbye to the fans.

"I am very happy to stay at Tottenham and see my last 10 or 11 months out, I would love to," he said on the Second Captains podcast. "There is nothing I want more than to play one more time in front of the fans.

"I want nothing more than to play in front of the Tottenham fans one more time, just to cherish all the moments we have had over the years with them.

"They have always been good to me, I have possibly given them reasons in the past not to be so good to me, but they know when it was game time I gave everything for them.

"I will continue to do that as long as I am contracted to Tottenham.

"For me, I couldn't stress it enough, I would love nothing more than to play one last time for Tottenham and just be able to say goodbye to them and thank them for everything they have done for me as a person, as a player.

"Ultimately, as good as I am or was is because of the love they gave me.

"I am very relaxed, it is off season now before it all starts again in a few weeks. I will just have to wait and see but for me I would love nothing more than to play for those fans once again."

At his peak Rose was one of the best full-backs in Europe in a Spurs side that were playing an attractive brand of football.

His relationship with the club suffered a wobble in 2017 when he conducted a controversial interview, criticising Spurs' wage structure and transfer policy.

It earned him a two-week fine, but he stands by his comments even if he regrets the timing.

"It was an expensive conversation, but am I supposed to regret what we speak about in the dressing room or what the majority of the fans are thinking?" he added.

"I don't regret it, maybe the timing was incorrect because I think it was literally leading up to our first game of the season so it was an unnecessary distraction for the lads, the club, so I fully take that on board. What I said, I said, I got punished for it and we move on."