Rennes - Arsenal manager Unai Emery is confident his team can bounce back from their Europa League setback in Rennes when they face a euphoric Manchester United side this weekend.

The Gunners played most of Thursday's game with 10 men after Sokratis Papastathopoulos was sent off late in the first half as they threw away an early lead to lose 3-1 in France in their Europa League last 16, first leg.

Alex Iwobi had put them in front, but Rennes took advantage of their extra man to come back and claim a potentially vital two-goal cushion.

The result means they should have their work cut out if they are to progress to the quarter-finals, with the second leg against the Ligue 1 club scheduled for next Thursday.

"The first 40 minutes I think we controlled it, we scored, and we didn't concede many chances to them," said Emery, who accepted his team did not play well after the sending-off.

Benjamin Bourigeaud and Ismaila Sarr scored for Rennes either side of a Nacho Monreal own goal.

"We need to change our performance and I have confidence that we can with our players and with our supporters helping us to give us a big atmosphere."

Before that game, Arsenal entertain United on Sunday in a huge game between two sides battling for a top-four place in the Premier League.

"We are finding fresh players and a different energy for each match, and for Sunday I think it's going to be the same," said Emery, whose side are fifth in the Premier League table, one point behind United in fourth.

"Every player worked a lot and we are going to look forward to the next match, but I know and I am positive for Sunday, that with fresh players with energy, with quality, that we have the possibility to put in a big performance against Manchester United and win against them."

United will head into the game fresh from their stunning 3-1 win away to Paris Saint-Germain on Wednesday that took them through to the Champions League quarter-finals on away goals.

That result was achieved with a depleted side, and Ole Gunnar Solskjaer's team will also take confidence from the fact they won 3-1 at Arsenal in the FA Cup in January.

"They are in a very good moment but we are together in the table and we played against them one month ago in the FA Cup - we lost 3-1 but I remember we did very good things, we had chances," said Emery.

"We know Sunday is a tough match, an amazing match for everybody, we will be at home with our supporters, and we need a very big performance from each player."

Arsenal will be able to call on Alexandre Lacazette for that game - the French striker is suspended for the two legs against Rennes.

We live in a world where facts and fiction get blurred
In times of uncertainty you need journalism you can trust. For only R75 per month, you have access to a world of in-depth analyses, investigative journalism, top opinions and a range of features. Journalism strengthens democracy. Invest in the future today.
Subscribe to News24
Related Links
Fellaini calls time on Belgium career
Rennes fight back to stun 10-man Arsenal
United fan stabbed by Paris taxi driver after PSG victory
Next on Sport24
Mourinho: Son joining same agency will not help contract talks 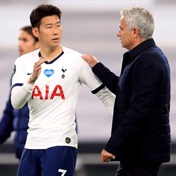