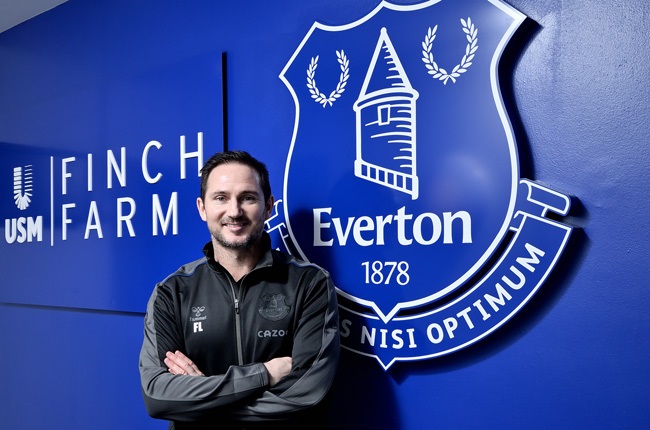 Christian Eriksen made a remarkable return to football on Monday by signing for Brentford while Everton announced Frank Lampard as their new manager on a busy transfer deadline day for Premier League clubs.

Eriksen suffered a cardiac arrest on the pitch while playing for Denmark at last year's Euro 2020 and had to have an implantable cardioverter defibrillator (ICD) fitted as a result.

The 29-year-old left Inter Milan in December by mutual consent as ICDs are not permitted in Italian football.

However, there are no such limitations in the Premier League, allowing Eriksen to return to England, where he spent nearly seven years with Tottenham.

"At his best, Christian has the ability to dictate games of football. He can find the right passes and is a goal threat," said Brentford boss Thomas Frank, who worked with Eriksen while in charge of Denmark's Under-17s earlier in their careers.

"I expect him to have an impact in the dressing room and at the training ground."

Brentford have an eight-point cushion over the bottom three but have played more games than all the sides below them.

Everton, Newcastle and Burnley were all active on Monday as the sides towards the bottom of the table were responsible for most of the business done.

Lampard was unveiled as the Toffees' new boss, bringing to an end a dramatic two-week search for Rafael Benitez's successor.

The former Chelsea boss is expected to make his first signings before the end of the day, with Donny van de Beek set to join on loan from Manchester United and reports of a move to sign out-of-favour Spurs midfielder Dele Alli.

"It is a huge honour for me to represent and manage a club the size and tradition of Everton Football Club," said Lampard. "I'm very hungry to get started."

Newcastle have been the biggest spenders anywhere in England over the past month in their first transfer window under the ownership of the Saudi sovereign wealth fund.

Aston Villa left-back Matt Targett has joined Kieran Trippier, Chris Wood and Bruno Guimaraes at St. James' Park, while the Magpies are also aiming to sign Brighton defender Dan Burn by the end of the day.

Burnley have replaced Wood with Dutch international forward Wout Weghorst, who has signed from VfL Wolfsburg for a reported £12 million ($16 million) fee.

Tottenham boss Antonio Conte has made clear his demand for fresh faces in recent weeks and finally got his wish with the double signings of Swedish international forward Dejan Kulusevski and Uruguayan midfielder Rodrigo Bentancur from Juventus.

Arsenal are unlikely to add to a threadbare forward line but Pierre-Emerick Aubameyang looks set to remain at the club after negotiations over a loan move to Barcelona stalled.

Aubameyang has been shut out by manager Mikel Arteta in recent weeks for a breach of discipline and has not travelled to Dubai for a warm-weather training camp.

Premier League leaders Manchester City have signed forward Julian Alvarez for a reported £14 million, but the Argentine will remain with River Plate on loan until at least July.

The 22-year-old has scored 36 goals in 96 games for River and has five Argentina caps to his name.

"I am so happy we have managed to bring him to Manchester City. I really believe we can provide him with the right conditions to fulfil his potential and become a top player."