Fabinho: Firmino has helped me settle in 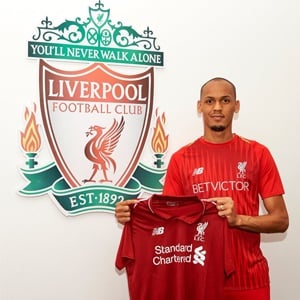 Cape Town - Liverpool midfielder Fabinho says he is settling in well at the Merseyside outfit thanks to the help of fellow Brazilian Roberto Firmino.

The 24-year-old is yet to make his competitive debut for the Reds this season, after signing from AS Monaco in July, but he is adapting well to life at his new club and feels ready to make his debut.

"My start has been good and the adaptation good. The pre-season was very good, we had nine friendlies and I played nine," he told Globo Esporte.

"It was good to play against English teams to see what the rhythm, the intensity and the physique is like. I am adapting to the team's style of play. The more experienced players have helped me, the technical team as well.

"Me and my wife are liking the city, we already have a home. Firmino is being a great guy, his family has given a good support to me and Alisson.

"It's been fine. Having Brazilians in the team helps. Now it's really to make the debut. I'm fine, training well and prepared."

The defensive midfielder made 46 appearances for Monaco across all competitions last season, scoring eight goals and providing five assists.

We live in a world where facts and fiction get blurred
In times of uncertainty you need journalism you can trust. For only R75 per month, you have access to a world of in-depth analyses, investigative journalism, top opinions and a range of features. Journalism strengthens democracy. Invest in the future today.
Subscribe to News24
Related Links
Henderson: The best of Gomez yet to come
Bafana Bafana’s road to AFCON 2019: What they need to do
Motaung not concerned by Solinas' poor start
Next on Sport24
Ferran Torres hat-trick sees Man City hold off Newcastle