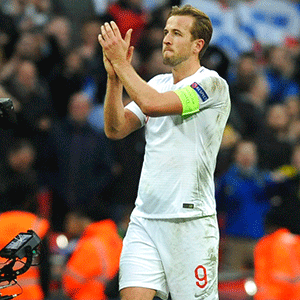 The initiative will bring together past and present players and experts from St George's Park to provide information and entertainment.

"Over the coming weeks the England channel will be bringing you a wide range of content with things like motivational advice on Mondays and throwbacks on Thursday," Kane said in the video launch.

Houghton added: "So stay safe, look after each other and hopefully this brings a few smiles on faces."

Classic Emirates FA Cup and Barclays FA Women's Super League matches will also be broadcast across the FA's social channels and The FA Player every Sunday.

Fans, players, parents, teams, leagues and county FAs have been invited to support the campaign by creating their own content and using #FootballsStayingHome with the best posts featured in an online hub at TheFA.com/FootballsStayingHome.