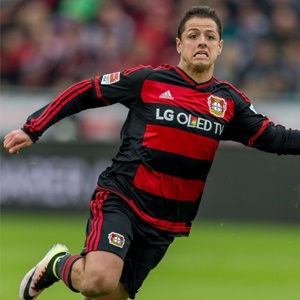 Cape Town - Javier Hernandez has denied claims he will be returning to the Premier League by stating his only interest is focusing on Bayer Leverkusen.

Sport Bild recently reported that the former Manchester United striker has been made available for transfer with a £21.6 million price-tag for any potential suitors, a claim the Mexican strongly refutes.

Despite suffering from a goalscoring drought in the Bundesliga this season with only five goals in 15 league outings, 'Chicharito' is still considered one of the most clinical marksman in Europe and has attracted interest from West Ham and Everton.

"Jonas Boldt and Rudi Voller [Leverkusen's team manager and sports director] have said nothing to me about other clubs," Hernandez told kicker.

"The only things I have heard are rumours. No one has tried to contact me or my agent. I am happy here. My only interest is to stay here at Bayer Leverkusen."