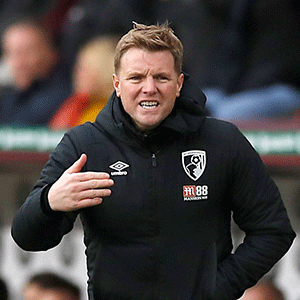 Bournemouth manager Eddie Howe is pleased that the club reversed their decision to furlough non-playing staff.

The Cherries became the latest Premier League club to reverse the decision on Tuesday, saying they were "aware of criticisms of Premier League clubs applying for this scheme" during the suspension to the football season caused by the coronavirus pandemic.

And Howe told Sky Sports News: "It's such a difficult thing.

"I think the decision was made in the best interests of the club at the time and I think they have definitely come to the right decision."

The manager continued: "The four of us thought it was the right thing to do for our club and the respect of the owner as well.

"We weren't trying to make any grand statement for our club, and I didn't think it'd generate the press (attention) it did. But that's how I've always been built, I've never been money motivated."