Cape Town - Zlatan Ibrahimovic says he had offers to join Arsenal and Manchester City prior to signing for Manchester United.

The 34-year-old superstar claims he has always had Premier League teams interested in his services, but it was the presence of United coach Jose Mourinho that convinced him to move to Old Trafford.

The Swede ended a highly successful four-year spell with Paris Saint-Germain to join the Red Devils - the striker hit 156 goals in 180 appearances in France.

In addition, Ibrahimovic has scored four goals in four matches for United and is expected to start in the Manchester derby against Pep Guardiola's side on Saturday.

It's thought that the interest from Arsenal and City dates back to previous seasons. Nonetheless, the prolific forward revealed it was Mourinho that eventually convinced him to come to England.

Sweden's all-time leading scorer added: "Mourinho is the mastermind, the masterbrain. He knows what he needs to do to win. I learned a lot from him at Inter Milan. Who wouldn't want to have Mourinho as manager?" 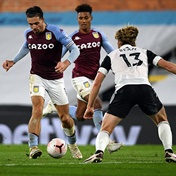