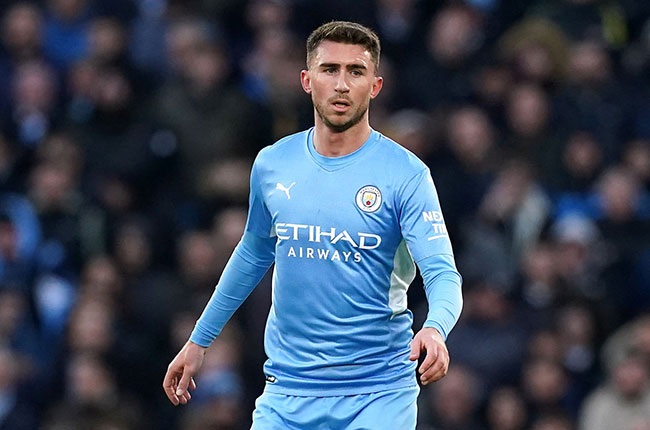 Manchester City's 12-game winning run in the Premier League came to an end as Aymeric Laporte rescued a 1-1 draw against Southampton on Saturday.

City were rocked by Kyle Walker-Peters' first ever top-flight goal in the opening minutes at St Mary's.

After a poor first half by their high standards, Pep Guardiola's side kicked into gear after the break.

City defender Laporte headed the equaliser, but the runaway leaders could not extend their winning streak in a one-sided finale that saw the visitors lay seige to the Southampton goal.

The champions had to settle for a result that left them 12 points clear of second-placed Liverpool, who have two games in hand and face Crystal Palace on Sunday.

For the first time since they were beaten 2-0 by Palace on October 30, City finished a league game without all three points.

They remain firmly in pole position for a fourth title in five seasons, but their draw on the south coast will give a glimmer of hope to Liverpool and third-placed Chelsea.

Ruben Dias returned to the City defence in place of John Stones, but the champions' rearguard was quickly exposed.

City were rocked in the seventh minute when Walker-Peters linked up with Nathan Redmond on the right flank.

Walker-Peters cut inside and, with City backing off, the right-back had space to shoot into the far corner with the outside of his foot.

It was just the 14th goal City had conceded in the league this term and they were nearly breached again nine minutes later.

Armando Broja was played in behind the City defence and slotted past Ederson, only for the goal to be ruled out for offside.

Frustrated by Southampton's high-energy display, City were struggling to find their usual rhythm.

Raheem Sterling nearly snatched an equaliser against the run of play with curler that whisted just wide from a tight angle.

Sterling should have brought City level moments later, but the forward fluffed his lines from Phil Foden's pass, allowing Fraser Forster to save his under-hit close-range effort.

Ederson made an instinctive stop to keep out Jan Bednarek's near-post header early in the second half.

Rodri's miscued strike from the edge of the area almost caught out Forster, who turned it around the post at full stretch.

Laporte made a superb last-ditch block to frustrate Broja after the Southampton forward raced clean through on goal.

Broja should have scored from the resulting corner, but headed James Ward-Prowse's delivery against the woodwork from just four yards.

It was a crucial miss and City finally equalised in the 65th minute as Laporte exploited Southampton's weakness in the air.

Kevin De Bruyne swung a free-kick to the far post and Laporte was left completely unmarked to score the 11th headed goal against Southampton in the league this season.

As City pushed for a winner, De Bruyne hammered a 25-yard rocket against the post and Forster saved Gabriel Jesus's header with his legs.

City were denied a penalty after VAR ruled Oriol Romeu's foul on De Bruyne had taken place just outside the area.

Stuart Armstrong was fortunate to escape a red card following a VAR check of his high foul on Laporte.

We live in a world where facts and fiction get blurred
In times of uncertainty you need journalism you can trust. For 14 free days, you can have access to a world of in-depth analyses, investigative journalism, top opinions and a range of features. Journalism strengthens democracy. Invest in the future today. Thereafter you will be billed R75 per month. You can cancel anytime and if you cancel within 14 days you won't be billed.
Subscribe to News24
Next on Sport24
WATCH | Epic Everton comeback secures survival as Patrick Vieira kicks out at fan