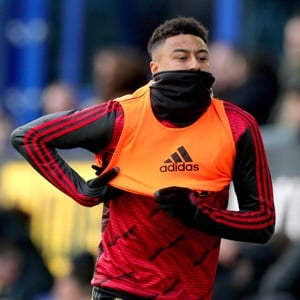 Jesse Lingard will use all his difficult times at Manchester United as motivation to help him win some more trophies.

Lingard, who has been at Old Trafford since the age of six, has 12 months remaining on his £110 000-a-week deal and, although Man Utd have the option of extending that by a year, they may feel it’s the right time to cash in.

Having been a key man for club and country, Lingard has managed just two goals in 35 appearances for United this season – one in the FA Cup and one in the Europa League – and Ole Gunnar Solskjaer might want more bang for his buck.

Reports have linked him with a summer move away from United but there is a belief that Lingard wants to stay and prove himself at Old Trafford.

Something that seems to be confirmed by Lingard’s latest comments to Manchester United’s official website.

Lingard said: "The main thing is to concentrate on the game, to get the win. That's the most important thing. I just think of all the lows that I've had, I'm here now, coming onto the pitch and doing what I love doing best.

"I love playing football and I'm at Man United, so you try and be positive in that aspect and your family are there watching. You've just got to go out there and enjoy it, take the positives."

Lingard added: "I think when I was coming through, the history of the club stuck out a lot to me.

"The amount of trophies that had been won over the years was so inspiring. As a young lad coming through at that time, you can see the success, you know it's there and you can't wait to work hard to get into their shoes and be winning trophies as well.

"We go through different stages of life where things change, managers come in and life transitions but as a club, we have that backing behind us. We do have that never-say-die attitude. We have that hunger to win."

We live in a world where facts and fiction get blurred
In times of uncertainty you need journalism you can trust. For only R75 per month, you have access to a world of in-depth analyses, investigative journalism, top opinions and a range of features. Journalism strengthens democracy. Invest in the future today.
Subscribe to News24
Related Links
Premier League clubs will be monitored for safety protocols
Bafana legend voices support of SAFA president Jordaan
Premier League encouraged by Bundesliga
Next on Sport24
Chelsea's Tomori makes Milan move permanent with four-year deal