Mahrez: In life, you shouldn't close any door 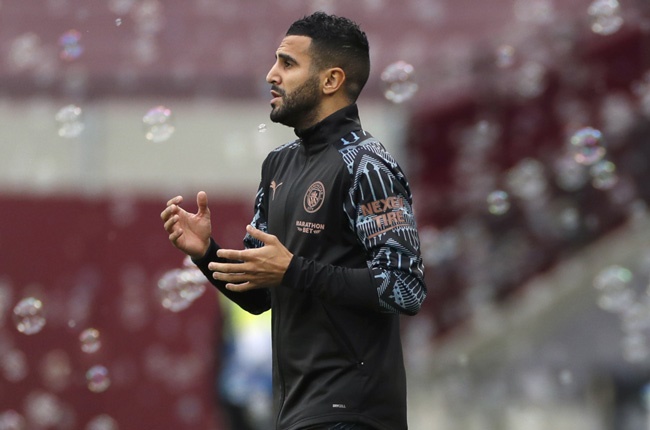 Manchester City midfielder Riyad Mahrez says he would be happy to join Paris Saint-Germain or Marseille when he leaves the Premier League.

Mahrez first made his name for Ligue 2 side Le Havre and spent two and a half years with the French outfit before he made the move to England to join Leicester.

He signed for the Foxes the season they earned their promotion to the Premier League. The attacker enjoyed a steady first season in the top flight, but he kicked into another gear in his second year.

In the season Leicester defied the odds to win the Premier League, Mahrez scored 17 league goals and won the PFA Players’ Player of the Year award.

He stayed at Leicester for another two years before he joined Man City for £60 million, which made him Africa’s most expensive ever player.

Mahrez has enjoyed a couple of great years in Manchester, scoring 26 goals from his 101 appearances in all competitions.

He seems to be really enjoying his football currently under Pep Guardiola. Despite this, in an interview with Canal Plus, he did not rule out leaving to join Marseille or PSG in Ligue 1.

“It is crazy, but it’s true that I was a supporter of Marseille when I was little.

“Regarding PSG – it’s not relevant because I’m still under contract and I’m fine in Manchester, but Paris is my city. I was born and raised in Paris. You never know.

“I didn’t know at the time and I was fine at Leicester, but they ruled that I didn’t have the required level [to play there].”

We live in a world where facts and fiction get blurred
In times of uncertainty you need journalism you can trust. For only R75 per month, you have access to a world of in-depth analyses, investigative journalism, top opinions and a range of features. Journalism strengthens democracy. Invest in the future today.
Subscribe to News24
Related Links
Alexander-Arnold: We're adapting to Van Dijk absence
Marcus Thuram destined to follow in father's footsteps, despite case of mistaken identity
Real Sociedad back at top of La Liga after hammering Huesca
Next on Sport24
Man United winger Diallo joins Rangers on loan