All the goals came after halftime, as Villa imploded at Etihad Stadium to slip closer to relegation with their 19th loss in 29 games this season.

Yaya Toure's deflected shot gave City the lead in the 48th minute, before Aguero scored in the 50th when Micah Richards' attempted clearance ricocheted in off the striker.

Aguero exchanged passes with David Silva to volley in for 3-0 in the 60th and Raheem Sterling converted Jesus Navas' cross in the 66th for the fourth goal.

Aguero was denied a hat trick after striking a 73rd-minute penalty against the post.

We live in a world where facts and fiction get blurred
In times of uncertainty you need journalism you can trust. For only R75 per month, you have access to a world of in-depth analyses, investigative journalism, top opinions and a range of features. Journalism strengthens democracy. Invest in the future today.
Subscribe to News24
Related Links
Komphela: Mistakes cost us
Arrows advance in Nedbank Cup
Pirates triumph in Soweto derby
Next on Sport24
English FA launches new diversity code 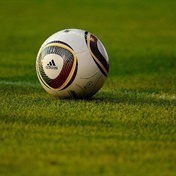