Mikel Arteta: We need to win every game 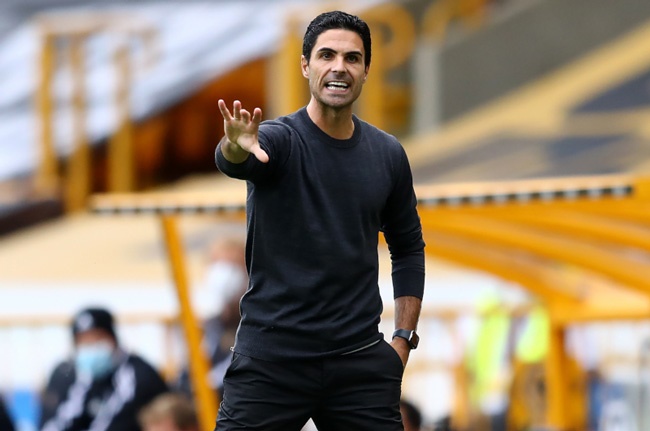 Mikel Arteta believes Arsenal need to win all five of their remaining matches, and say a little prayer, if they are to reach the Champions League.

Three straight victories have lifted the Gunners back up to seventh, where they lie six points behind fifth-placed Manchester United and eight away from Chelsea in fourth.

The picture will look a lot clearer after their next three matches, against Champions League hopefuls Leicester, derby rivals Tottenham and title-winners Liverpool.

Arteta is in no doubt about the size of the task in hand if they are to return to Europe's elite.

The Gunners manager said as quoted by the club's website: "We've got some momentum getting into a crucial stage of the season where we are going to face the top teams in the next two weeks.

"I think we have to win every game, and then wait and pray.

"We need to go game by game. Two weeks ago, we were really far from thinking about Europe, now we are a little bit closer. We'll go game by game and see where it takes us."

Matteo Guendouzi and Mesut Ozil will remain exiled from the squad for the visit of Leicester on Tuesday night.

Guendouzi has been on the naughty step since his behaviour during the defeat at Brighton, while fellow midfielder Ozil has not been seen since the restart.

When asked about the duo, Arteta said: "It's still the situation as it was before."

Alexandre Lacazette climbed off the bench to score his first away goal in the league this season to wrap up the 2-0 win at Wolves on Saturday.

The 29-year-old has two years left on his current contract and Arteta wants to open talks about his future.

"We have to have a chat about the next step with him, to get his idea and his feeling," said the Spaniard.

"I am really happy with him. He's a player I always liked, even when I wasn't here, because of what he brings to the team, his quality and his work rate.

"Now we are in a crucial moment it's not time to talk about a lot of contract situations. We still have time and we will do it in the right moment."