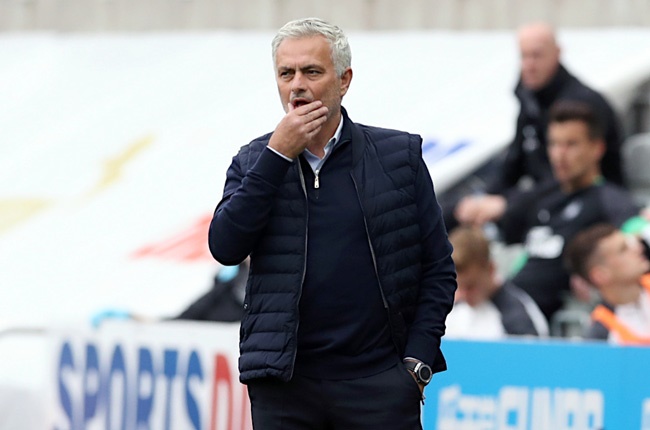 Jose Mourinho has blamed football chiefs for effectively preventing Tottenham Hotspur from fighting for League Cup success and fears more injuries as his side face three games in six days.

The hectic week is topped off by a trip to Manchester United, another of the Portuguese manager's former clubs, for a Premier League clash on Sunday.

Mourinho said he would like to mount a challenge for the League Cup but the added financial value of reaching the Europa League group stage meant that competition had to take precedence.

"I think you can imagine that with a game on Thursday, that decides a very important thing for us - I think the EFL (English Football League) made a decision for us," said the Spurs boss.

"They didn't even create a problem - they made a decision for us. So that's the decision."

Spurs lost Son Heung-min to a hamstring injury at half-time of the 1-1 draw with Newcastle on Sunday.

The South Korea forward had already hit the woodwork twice after scoring four goals in the previous Premier League outing at Southampton.

Mourinho believes Son's setback will be the first of a number of injury problems his side will have to overcome due to their fixture congestion.

Asked if playing a Chelsea side who had to fight from three goals down to draw at West Brom on Saturday gave Tottenham a good chance of progressing in the League Cup, the Portuguese replied:

"You're joking or you're serious? Chelsea played Saturday, they have Sunday and Monday (off) then they play Tuesday and then they play again on the weekend.

"So their fantastic squad, if the manager decides not to rotate, he can perfectly play with the players that he wants."

We live in a world where facts and fiction get blurred
In times of uncertainty you need journalism you can trust. For 14 free days, you can have access to a world of in-depth analyses, investigative journalism, top opinions and a range of features. Journalism strengthens democracy. Invest in the future today. Thereafter you will be billed R75 per month. You can cancel anytime and if you cancel within 14 days you won't be billed.
Subscribe to News24
Related Links
Bielsa backs Rodrigo to be a key contributor for Leeds
Bowen hoping West Ham can build on 'perfect performance'
Real Madrid's Kroos suffers thigh strain
Next on Sport
Nunez hoping one goal will change his luck at Liverpool