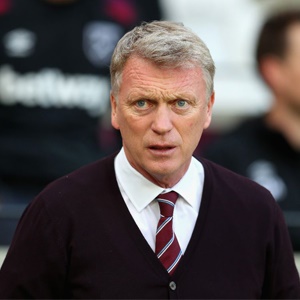 Cape Town - The board of Premier League club, Everton, are set to sack manager Marco Silva following a 5-2 Merseyside derby thrashing against Liverpool.

According to the BBC, the 42-year-old has experienced a torrid time at the Blues and the defeat to rivals Liverpool was the final straw following his one-and-half-year reign as the club's mentor.

The loss at Anfield was the Toffees eighth defeat in 11 outings this season and Silva was probed  during the post-match press conference into answering whether he will still be in charge of the club when Everton welcome Chelsea to Goodison Park on Saturday.

"I am not the right person to talk about this situation. You are asking me, and I don't have the answer," he said.

The club along with Silva are expected to have 'further discussions' regarding the state of the team's results as well as whether the Portuguese is the right man to take Everton to greater heights.

Former manager David Moyes is the favourite to replace Silva on an interim basis as the board seek a permanent figure to take the club forward.

Moyes spent 11 years at Everton before accepting a deal with Manchester United to become Sir Alex Ferguson's successor in 2013.

The Scotsman was sacked less than a year into his six-year contract with the Red Devils but swiftly moved on to manage Real Sociedad in the Spanish La Liga.

After a year, the club sacked Moyes following poor results.

Moyes then attempted to salvage Sunderland's Premier League credentials but failed as the Black Cats were relegated in 2017. He also had a six-month deal with West Ham United as he guided them to top-flight safety.

The 53-year-old will reportedly lure Everton fan favourite Tim Cahill back to the club as his assistant if he does return to the Blues.

Meanwhile, Everton are back in action on Saturday against Chelsea.

We live in a world where facts and fiction get blurred
In times of uncertainty you need journalism you can trust. For only R75 per month, you have access to a world of in-depth analyses, investigative journalism, top opinions and a range of features. Journalism strengthens democracy. Invest in the future today.
Subscribe to News24
Related Links
Lampard: Loftus-Cheek injury still problematic
Solskjaer on Rashford's brace: 'We do expect a lot from him'
'Stats are cool after the season,' says Klopp
Next on Sport24
Lukaku wants social media firms to meet players in fight against racism