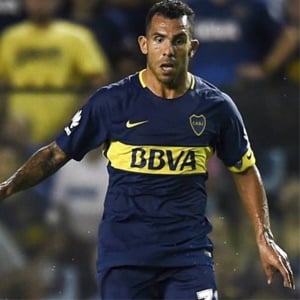 Gary Neville says he couldn't understand how Carlos Tevez's attitude could have changed so drastically during his second season at Manchester United before leaving the club.

Tevez formed part of a deadly front three with Cristiano Ronaldo and Wayne Rooney, which guided the Red Devils to two Premier League titles and a Champions League triumph in 2008.

The Argentine only scored five Premier League goals in his second campaign before leaving at the end of the season to join arch-rivals Manchester City for a reported £47 million fee.

And it was the way he left Man Utd, not who he left to, that really riled Neville, he told Sky Sports: "What annoyed me about Tevez was he downed tools in his second season, that and sitting on the treatment bench, starting coming out late for training, started messing around, he was playing the club.

"I couldn't stand that. Particularly as I was at the time, which was a ferocious Manchester United person inside, never thought about anything else in my life, only United every single day.

"And the idea that someone would come into that changing room and not be at their best. I understood that he had circumstances but his people were in his ear all of the time, he was so led by his people.

"It was always going to come to an end like it did. I felt disappointed as a professional that he didn’t act the right way. I didn’t have a problem with players leaving the club like David Beckham left the club, Cristiano Ronaldo left the club, Ruud van Nistelrooy left the club, great, great players.

"But there was a way to leave the club and there was a way to behave when you were there. So the problem I had with Tevez wasn't that he went to play for Manchester City - which in itself is a problem for me - that wasn't the main issue, it was the way in which it played out in the last few months. I didn’t like it."

We live in a world where facts and fiction get blurred
In times of uncertainty you need journalism you can trust. For only R75 per month, you have access to a world of in-depth analyses, investigative journalism, top opinions and a range of features. Journalism strengthens democracy. Invest in the future today.
Subscribe to News24
Related Links
FA to appeal Chelsea transfer ban
Jordaan: Zungu has apologised
Hodgson has no fears over Premier League return despite virus
Next on Sport24
Never say die Spurs delight Conte with Leicester late show