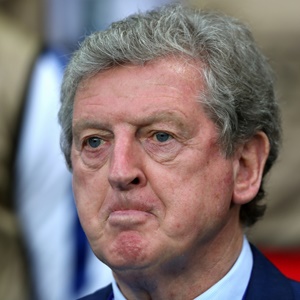 London - Crystal Palace manager Roy Hodgson is to be awarded the Freedom of the London Borough of Croydon.

The Eagles failed to pick up a point until the eighth game of the campaign, but former England boss Hodgson led an impressive escape act as Palace finished in 11th place.

Boyhood Palace fan Hodgson, who was a youth player with the south London club, will receive the honour "in recognition of his contribution to Croydon and to football".

"It is a great honour to be awarded the Freedom of the Borough," former Liverpool and Inter Milan manager Hodgson said.

"I could never have dreamt that my journey in life would take me from walking to Selhurst Park with my father and sitting on the crossbar at the Holmesdale Road End, to managing the club I have always supported and to being recognised by Croydon Council for my career in football."

We live in a world where facts and fiction get blurred
In times of uncertainty you need journalism you can trust. For only R75 per month, you have access to a world of in-depth analyses, investigative journalism, top opinions and a range of features. Journalism strengthens democracy. Invest in the future today.
Subscribe to News24
Related Links
WATCH: Security takes down fan who charges Messi
Pitso: Gulf in class to Barca was obvious
WATCH: Arendse rushes to swap shirts with Messi
Next on Sport24
Slick Man City blow away Brighton