Cape Town - Manchester City manager Pep Guardiola admits he is happy with the contribution of Sergio Aguero and Kelechi Iheanacho, but feels there is room for improvement.

Aguero has missed the Citizens' last three fixtures after being charged with violent conduct following an incident that took place during the 3-1 victory over West Ham at the end of August.

The Argentina international netted three goals in as many games, prior to his ban, while he also scored an impressive hat-trick in the Champions League.

However, Guardiola feels there are certain areas in which Aguero can still improve.

"Of course a striker has to score goals, I'm so happy - and with Kelechi [Iheanacho] as well," Guardiola told reporters.

"I try to convince them, what they have to do - four, five, six seconds of effort - he can do that.

"But we can support him like our strikers with the people from behind to make that pressure."

In the absence of Aguero, Nigeria international Kelechi Iheanacho has filled the void brilliantly, netting two goals and two assists.

Guardiola praised the youngster's efforts, but feels he "has a lot of space to improve".

He added: "The most important thing with Kelechi is his sense of the goal in the box. Last season and this year, [he played] not too many games but the average rate for goals is high.

"He's a young player whose come through here, through the academy. He helps us a lot.

"It's not easy to go to Old Trafford and play in that moment but what happened with Sergio happened. 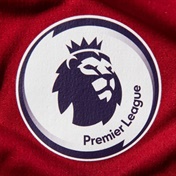