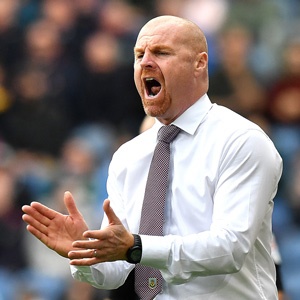 Burnley are predicting an "extremely bright" future after announcing a net profit of £4.3 million for the financial year ending June 2019.

The 2018-19 campaign was a third successive season in which the Clarets recorded a profit, after tax, although the figure was down significantly from the record £36.6 million from 2017-18.

That was due largely to a higher net spend on new players of approximately £20 million compared to the previous year, where profitability was boosted considerably by the sales of Andre Gray and Michael Keane, the club said in a statement.

Turnover was down by just over £1 million to £137.8 million, partly due to a drop in money earned resulting from finishing 15th in the Premier League last term, 12 months on from coming seventh. The wage bill grew from £82 million to £87 million.

Chairman Mike Garlick said: "In the second half of the season we also invested heavily in our recruitment and scouting set-up, more than tripling the number of full-time staff.

"We are confident that this increased investment will slowly but surely develop our ability to identify and sign players that can improve our first-team squad, while at the same time helping to maintain our financial sustainability as a club for generations to come."

Burnley were 10th in the table at the point the 2019-20 season was suspended due to the coronavirus pandemic.

Garlick added: "The future is extremely bright for all of us, although in the short term we know we all face unique challenges brought about by the coronavirus pandemic.

"Issuing the club accounts is a legal requirement but our immediate thoughts are with those dealing with the effects of the current ongoing situation.

"We are working closely with the Premier League and the relevant authorities regarding footballing matters, while off the field making sure the club continues to operate effectively and all staff, family and fans stay as safe and healthy and well supported as possible.

"We also urge you to follow all Government guidelines in trying to restrict the spread of the virus and by doing so look forward to the day when we can all meet again at Turf Moor and celebrate playing football in a safe environment."

We live in a world where facts and fiction get blurred
In times of uncertainty you need journalism you can trust. For 14 free days, you can have access to a world of in-depth analyses, investigative journalism, top opinions and a range of features. Journalism strengthens democracy. Invest in the future today. Thereafter you will be billed R75 per month. You can cancel anytime and if you cancel within 14 days you won't be billed.
Subscribe to News24
Related Links
Buchanan: I feel like I've overachieved
Zongo apologises for misunderstanding
Morton: Football hiatus is a blessing in disguise
Next on Sport24
Man United banking on Ten Hag to lift mood at Old Trafford