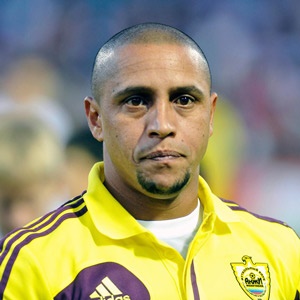 Real Madrid and Brazil legend Roberto Carlos has claimed that he came "very close" to joining Chelsea in 2007.

The Brazilian left Real that year following an 11-year spell at the Bernabeu which saw him win four La Liga titles and three Champions Leagues.

And Carlos has revealed that a move to Chelsea collapsed at the last minute over an issue with a lawyer.

"I had two proposals, Fenerbahce and Chelsea," Carlos told Goal. "Chelsea didn't work out so I signed for Fenerbahce.

"But, with Chelsea, it got very close. It was literally agreed, and I just had to go there and sign the contract.

"It was just a week before I signed for Fenerbahce and I had been to Paris to meet both Roman Abramovich and (former chief executive) Peter Kenyon.

"Unfortunately, in the final moments, something didn't work out just before finalising, which happens a lot in football. There was an issue with the lawyer.

"It was all agreed, though, and I am 100 per cent sure I would have done well in the Premier League and it would have suited my characteristics."

Carlos explained that he could have ended up at Aston Villa as a 22-year-old, he explained: "I was still playing in Brazil with Palmeiras when Aston Villa came in for me in 1995 but they couldn't afford the deal. After that, I went to Inter."

We live in a world where facts and fiction get blurred
In times of uncertainty you need journalism you can trust. For only R75 per month, you have access to a world of in-depth analyses, investigative journalism, top opinions and a range of features. Journalism strengthens democracy. Invest in the future today.
Subscribe to News24
Related Links
Ferdinand rubishes rumours of Jagielka training videos
Belgium coach Martinez extends contract until 2022
Efstathiou: We haven't had a chance to look at Rooi
Next on Sport24
Best of the weekend's soccer action: Royal AM slay Chiefs, Liverpool and Chelsea make statements