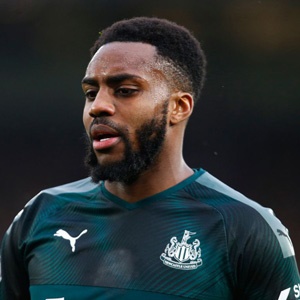 England defender Danny Rose says players are being treated like "lab rats" after Watford and Burnley revealed they were among the Premier League clubs affected by six positive tests for the coronavirus.

Teams have started socially-distanced training in small groups this week, but several Premier League stars have expressed concerns about plans to resume the season.

The Premier League conducted 748 tests on players and staff on Sunday and Monday as part of their bid to restart matches in June.

While the positive test numbers were relatively low, Rose has joined Watford captain Troy Deeney and Manchester City pair Sergio Aguero and Raheem Sterling in speaking out about the potential health risks of pressing ahead with "Project Restart".

Rose, currently on loan at Newcastle from Tottenham, told the Lockdown Tactics podcast: "People are suggesting we should go back to football, like we're guinea pigs or lab rats. We're going to experiment this phase and see if it works or not.

"I can just imagine people at home saying, 'Well they earn that amount of money so they should be going back'.

"For stuff like that I think, is it worth the hassle? I could be potentially risking my health for people's entertainment and that's not something I want to be involved in, if I'm honest."

Deeney has refused to start training because he does not want to put his young child, who has breathing difficulties, at risk of catching the virus.

The 31-year-old had already made it clear he fears his family could be in danger because of figures that show black and ethnic minorities are more likely to become seriously ill with the virus.

"Of those three positive tests, one is a player and two are members of staff. All three have asked that medical confidentiality be respected and, therefore, the club will not be naming those involved," Watford said in a statement.

The other two positive tests were at a third club, the details of which have not been revealed.

The Premier League has been suspended since 13 March, but with the Bundesliga returning to action in empty stadiums last week, it is hoped the English top-flight's remaining 92 matches can be played behind closed doors.

We live in a world where facts and fiction get blurred
In times of uncertainty you need journalism you can trust. For only R75 per month, you have access to a world of in-depth analyses, investigative journalism, top opinions and a range of features. Journalism strengthens democracy. Invest in the future today.
Subscribe to News24
Related Links
TS Galaxy to engage with Celtic fans over relocation plans
Ferdinand rubishes rumours of Jagielka training videos
Mabasa remains motivated to fight for his place at Pirates
Next on Sport24
Thomas Partey ends goal drought as Arsenal beat Villa