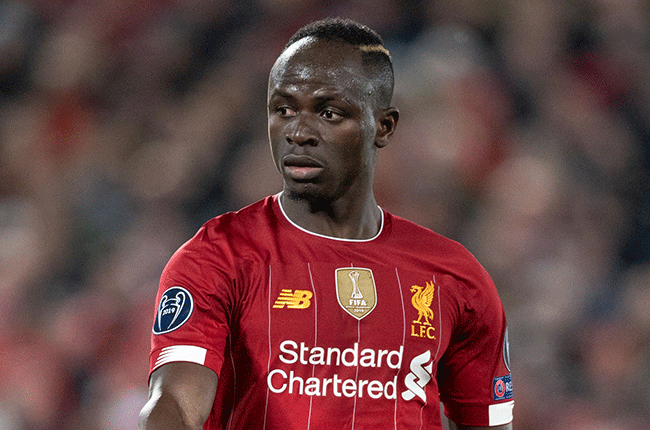 Sadio Mane and Curtis Jones struck in the final 20 minutes to ensure Liverpool marked their first match at Anfield since being crowned Premier League champions with a 2-0 win over struggling Aston Villa on Sunday.

After a 4-0 humbling at the hands of Manchester City in midweek, Jurgen Klopp's men again failed to hit the heights that made them runaway leaders before a three-month hiatus due to the coronavirus pandemic.

But Mane's sweet strike off the underside of the bar and Jones's deflected effort kept up a run of 24 consecutive league wins at Anfield for the Reds and left Villa still languishing in the bottom three.

Klopp has insisted he will not dish out appearances "like Christmas presents" in the final month of the campaign as Liverpool eye a record points tally in English top-flight history.

The German made just three alterations from an embarrassing night at the Etihad on Thursday as Roberto Firmino, Jordan Henderson and Georginio Wijnaldum dropped out, but all three were needed in the second half after a disappointing first hour.

In front of an empty Anfield, Liverpool struggled to summon their best with the big prize already won and just re-writing the record books to play for.

Villa, by contrast, are still desperate for points in their battle to beat the drop and Dean Smith's men were left to rue not taking their chances on the counter-attack early in the second half as their winless streak stretched to 10 games.

Pepe Reina was recalled in the Villa goal on his return to Anfield where he spent nine years as a Liverpool player.

However, the Spaniard barely had a save of note to make before half-time as Liverpool struggled to break Villa down.

Indeed, it was Alisson Becker who was the busier goalkeeper as the Brazilian was forced to parry shots from Douglas Luiz, Jack Grealish and Anwar El Ghazi.

Klopp was forced into introducing Henderson, Wijnaldum and Firmino to try and summon a response from his side in the final half hour.

The triple substitution quickly made a difference when Naby Keita picked out Mane to sweep home his 20th goal of the season.

Reina was finally forced into a fine save as he dived to his left to deny Firmino his first goal at Anfield this season.

Another substitute made the game safe a minute from time as 19-year-old Jones saw his effort deflect past the helpless Reina before Alisson produced another stunning save at the other end to deny Grealish a consolation.

We live in a world where facts and fiction get blurred
In times of uncertainty you need journalism you can trust. For only R75 per month, you have access to a world of in-depth analyses, investigative journalism, top opinions and a range of features. Journalism strengthens democracy. Invest in the future today.
Subscribe to News24
Related Links
West Ham frustrated by Newcastle draw
John Egan gives Sheffield United a share of the spoils at Burnley
Jamie Vardy a 'total one-off' says former non-league chairman
Next on Sport24
Manchester United sign Sancho on 5-year deal from Dortmund