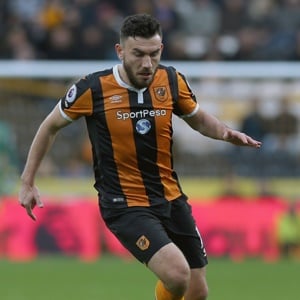 Manchester - Hull City manager Marco Silva admits he will need to bolster his stretched squad after watching his side beaten 2-0 by Manchester United Tuesday.

The Tigers held out until the 56th minute at Old Trafford in the first leg of the EFL Cup semi-final match, before Juan Mata hit the target and Marouane Fellaini added a second in the 87th minute.

Silva praised his players for their efforts but felt United were deserved winners on the night.

"Man Utd deserve the victory, deserve the result. It's a pity we concede the goal in the last minutes, we tried to keep the result open for the second game.

After being able to only name six substitutes for the game with a number of key players out injured, Silva's woes were compounded when Markus Henriksen had to be withdrawn after just 19 minute with a shoulder injury.

Silva added: "We will see, at the moment he is in the hospital. We will see what happens. It is his shoulder and it looks more serious than the injury Michael Dawson had at the weekend.

"I don’t believe he (Henriksen) will be available for the Bournemouth game."

When pressed about a reported offer of £5million from West Ham for Robert Snodgrass, Silva responded: "I don't know. I am in the game, I don't know about this [Snodgrass] offer. Of course, without doubt [we need Snodgrass to help us survive]."

Hull next face a tough fixture list that will see them face Bournemouth on Saturday at the Kingston Communications Stadium before games against Chelsea and Manchester United.

We live in a world where facts and fiction get blurred
In times of uncertainty you need journalism you can trust. For only R75 per month, you have access to a world of in-depth analyses, investigative journalism, top opinions and a range of features. Journalism strengthens democracy. Invest in the future today.
Subscribe to News24
Related Links
Mata, Fellaini give Utd League Cup edge
Mourinho backs countryman Silva to succeed
Silva named as new manager of struggling Hull
Next on Sport24
Spurs to face non-league Marine in FA Cup third round