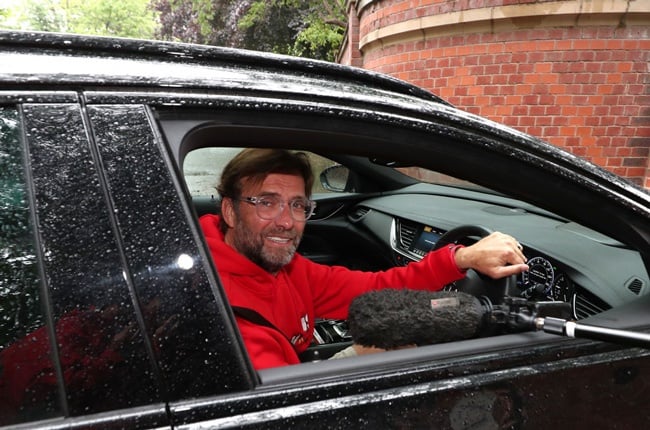 It is common knowledge that when Sir Alex Ferguson arrived at Manchester United all the way back in 1986, he was on a mission.

When he left in 2013, that mission - to dethrone Liverpool as England's most successful team - had been accomplished.

"I am deadly serious about it - some people would reckon too serious. We will get there and believe me, when it happens, life will change for Liverpool and everybody else - dramatically."

At the end of the 1989/90 season, Liverpool had won their 18th league crown while the Red Devils were miles off with just seven titles, last winning the league in the 1966/67 campaign.

Ferguson coached United to their eighth league title in the 1992/93 season - their first in 26 years and the first of the Premier League era, changing the trajectory of the club for the next two decades.

What followed was agonising to witness for Liverpool and their fans and they were left in United's shadow, yearning for a repeat of the glory days of the 1970s and 1980s - a period where the Merseyside Reds were the most dominant force in England.

By the end of the 2010/11 campaign, Manchester United had finally completed Ferguson's mission by winning 19 league titles, surpassing Liverpool. When he retired in 2013, the Red Devils won their 20th crown in Ferguson's final season as manager of the club.

"My greatest challenge was knocking Liverpool right off their f**king perch. And you can print that," Ferguson said in response to former Liverpool captain Alan Hansen's Daily Telegraph column in 2003.

Now, in 2020, Liverpool have officially ended their 30-year drought having won their 19th league crown with a record seven matches remaining to play.

THE ARRIVAL OF JURGEN KLOPP

Ferguson himself predicted this following the arrival of Liverpool's manager Jurgen Klopp in 2016.

"He has done a really good job and revived Liverpool's enthusiasm. It can happen that big clubs lose it. For two decades, Liverpool changed managers without building their own identity," Ferguson said in 2016.

"You can see Klopp's dedication on the sideline, I'm convinced his work in training is similar. He's a strong personality. That's absolutely vital at a big club. I'm worried about him because the one thing (Manchester) United don't want is Liverpool to get above us."

Liverpool legend Jamie Carragher, though, was not convinced by Klopp despite the German's impressive records with Mainz and Borussia Dortmund.

As it turns out, all Liverpool needed was a taste of silverware to get the ball rolling under Klopp.

That victory was sweet, but it also served as fuel for a league push.

Over his nearly five-year period, Klopp has earned a reputation as a manager who wins, but also improves his players.

Captain Jordan Henderson is one example with his leadership skills having exceeded expectation, but his improvement stems more on field than anything else and he was one of the standout players throughout the 2019/20 campaign.

Trent Alexander-Arnold was brought through the ranks of the club's academy and grabbed his first-team opportunity with both hands. Andrew Robertson was an unknown left-back bought from Hull City for a measly £8 million but his energy on the field alongside the left flank showed the type eye for talent Klopp has.

Liverpool's dominant front three - Sadio Mane, Roberto Firmino and Mohamed Salah - have been ruthless in attack in the last two years and have thrived under Klopp's guidance.

But the masterstroke from Klopp was selling Philippe Coutinho for a record club fee and signing defender Virgil Van Dijk for £75 million. Goalkeeper Alisson Becker, for £66.8 million, then completed the puzzle to Liverpool's squad.

The average age of Liverpool's current squad is a youthful 25.36 years which means that several of these players still have their best years ahead of them.

Liverpool have a rhythm about them now and the tune Klopp is playing should spell warning signs for their rivals.

Ferguson, before most, saw the warning signs.