The Scotland international, who joined the Hammers from Hull in January 2017, played 38 times for Manuel Pellegrini’s side last season.

"I’m delighted to commit my future to this great club," said Snodgrass, 31, whose deal contains an option to extend for a further 12 months.

"Sometimes you get a chance to play for that one club that’s special, going through that special time, and I believe at this moment that’s West Ham.

"We’re trying our best to keep progressing and moving forward."

The Hammers boss said: "I am very happy that Robert has signed an extension to his contract, which is thoroughly deserved after a very impressive and consistent season.

"Robert brings many qualities to the team - great ability on the ball and at set-pieces, a fantastic energy and work-rate, and excellent character and mentality in the dressing-room.

"He has proved himself to be a very important player for us, a good influence on those around him, and I look forward to seeing him make a big contribution again this coming season."

We live in a world where facts and fiction get blurred
In times of uncertainty you need journalism you can trust. For only R75 per month, you have access to a world of in-depth analyses, investigative journalism, top opinions and a range of features. Journalism strengthens democracy. Invest in the future today.
Subscribe to News24
Related Links
Saints secure Danny Ings on permanent deal
Collins Mbesuma still going strong in the NFD
Tottenham make Clarke first signing for 18 months
Next on Sport24
Fulham shock Leicester to escape relegation zone 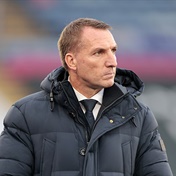