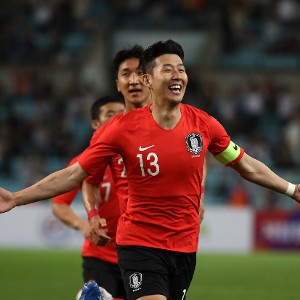 Cape Town - Tottenham Hotspur forward Heung-min Son insists his recent run of games for South Korea will not prevent him from challenging for a place in Mauricio Pochettino's side.

Son returned from international duty on Wednesday, after helping South Korea claim a gold medal at the Asian Games, and is eager to get straight back into the Spurs team.

The 26-year-old has played eight games in only 26 days and also endured a number of long-distance flights during that period, but he has made it clear that he is ready to play for Spurs and that blaming fatigue for his non-selection would be a poor excuse.

Lucas Moura has hit the ground running this season, in the absence of Son, and Pochettino may opt to stick with the Brazilian against Liverpool on Saturday.

"I think this summer has been like any other summer, except that I've had to travel a little more," Son told the press.

"I always tend to play a lot [in summers] and I am not the only one playing many minutes. Fatigue is an excuse.

"When I am playing for my country, there is not a single match that I can take lightly. I am a professional athlete. Especially with the big crowd that we had tonight, there's absolutely no way I could even think about taking it easy.

"I may play poorly at times, but I'll always try to give my best effort."