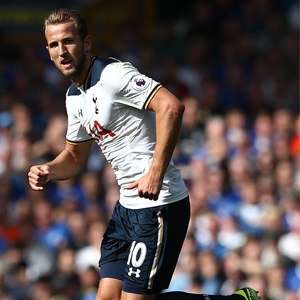 Leicester - Mauricio Pochettino insists there is no chance Harry Kane will be allowed to leave Tottenham after his "special" striker's four-goal blitz in the 6-1 rout of Leicester.

Kane is odds on to finish as the Premier League's top scorer for the second successive season thanks to his lethal display at the King Power Stadium on Thursday.

The England international now has 26 goals, putting him two ahead of Everton's Romelu Lukaku with one game remaining in the race for the golden boot.

It was the kind of predatory performance that Pochettino believes further enhances Kane's reputation as one of the world's best finishers.

Inevitably, Europe's top clubs will be considering mega-money bids for Kane in the close season, but Pochettino has no intention of selling his prize asset at any cost.

"It is very clear we will keep the players we want to keep," Pochettino said.

"We are so calm about our key players. They are happy here, we have an exciting project."

Kane's fifth Premier League hat-trick in just over two years took him to 32 goals in all competitions this season, four more than he managed last term and one more than the 31 he bagged in the 2014-15 season.

The 23-year-old would surely have scored more than 40 if he hadn't missed two chunks of this season with ankle injuries, and Pochettino spoke glowing about Kane's appetite for success.

"We feel so proud of Harry, to score four goals was fantastic," Pochettino said.

"He was injured twice this season but he is so fresh now and he is trying to score a lot of goals to finish at the top.

"Harry's a special player, he loves Tottenham. He means a lot for the team.

"I tell you always that he's one of the best strikers in the world. His performances show that we are right."

Kane can wrap up the golden boot by getting on the scoresheet again in Tottenham's final game at Hull on Sunday and he is already hungry for more after his first professional four-goal haul.

"There has been a bit of build-up on the race for the golden boot and I wanted at least one or two to put the pressure on but to get four is amazing," Kane said.

"I'm now sitting at the top, but we go in with the same mentality, to make sure we win first and foremost and then score as many as I can."

Second placed Tottenham's total of 83 points is a tally that would have been enough to win the title on eight previous occasions.

But unfortunately for the north Londoners, who have won 11 of their last 12 league games, champions Chelsea have been even more consistent.

After collapsing in the final furlong last season, Tottenham have largely handled the pressures of the title race better this time.

And Pochettino hopes the experience will stand them in good stead next term, when they have to play their home games at Wembley while White Hart Lane is rebuilt.

"We were talking about last season when we finished so bad. We spoke a lot about changing that feeling and finishing in the best way," he said.

"We wanted to improve this season and this type of performance showed we have learned a lot.

"It's always important to finish in a better mood, especially when we move to Wembley next season."

Leicester manager Craig Shakespeare faces talks with the club's Thai owners next week to decide if he will remain in charge and this thrashing was hardly the ideal way to sell his credentials.

"We've come up against a quality side but the disappointing thing is I didn't see enough desire to defend as a team," he said.

"I have to take some responsibility for that after changing the formation. if you get beat 6-1, there's no positives."