London - Tottenham Hotspur manager Mauricio Pochettino has cited American pop stars Britney Spears and Will.I.Am as examples for his players to follow as they go in search of Premier League success.

Tottenham are on course for a first top-four finish since 2012, but that achievement could be overshadowed if their fierce north London rivals Arsenal win the title.

Pochettino, though, quoted Spears and Will.I.Am's song 'Scream and Shout' in an attempt to keep his players' minds focused on their own performances.

"I think it's like what Britney Spears and Will.I.Am sing: 'Everybody in the club, all eyes on us, all eyes on us,'" the Argentine said, in comments published in British newspapers on Saturday.

"Because it's not important what Arsenal do. For me it's important to assess our season and how we can compare with us, not how we compare with another team." 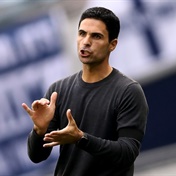