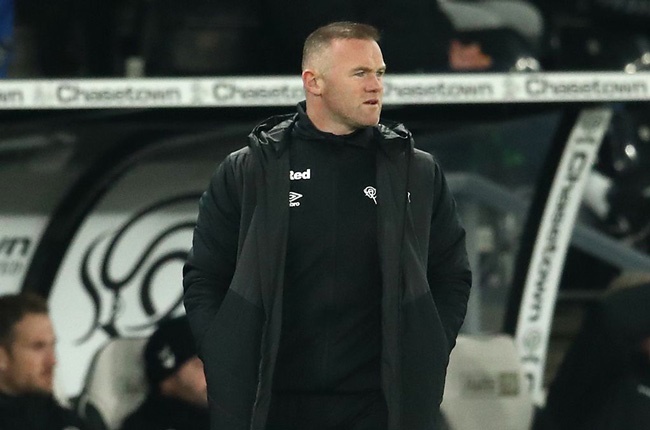 Wayne Rooney is still waiting for a decision on his managerial future after Derby suffered more frustration when they were held 1-1 at home by Coventry.

Rooney has been made interim manager until the imminent takeover of the club is completed and is one of the favourites to land the job.

It looked as if he would celebrate victory when Colin Kazim-Richards scored late on only for Gustavo Hamer to equalise in stoppage time during Tuesday night's Sky Bet Championship clash.

Rooney must now wait until the new owners are in place and he admitted: "I honestly don't know (if I'll be in charge), as I've said I'm confident in this job and this role and of course I would love to do the job.

"If not, I'll be here as a player, but we've put plans in place and if they're not to be, at least the players have stability of knowing the plans for the next few weeks and can have something to work to.

"Hopefully the quicker the new ownership is done the better because I think a decision does need to be made.

"I've been asked to take the team until a decision is made and that's what I'm doing so the quicker the decision is made – not just for the players but for all the staff at the football club – the more stability we can get and more plans put in place for the future."

It was a surprise the game remained goalless for so long with Kazim-Richards firing wide and Callum O'Hare stumbling as he went round David Marshall.

Max Bird shot too close to Ben Wilson just before the interval and Derby had strong claims for a penalty rejected when Tom Lawrence appeared to be caught in the 58th minute.

Kazim-Richards and O'Hare were off target with headers but – with seven minutes remaining – Kazim-Richards headed Nathan Byrne's cross in at the far post.

Derby should have sealed victory, but Jack Stretton hit the crossbar and Coventry levelled in the first minute of added time when Hamer scored from the edge of the area.

We live in a world where facts and fiction get blurred
In times of uncertainty you need journalism you can trust. For only R75 per month, you have access to a world of in-depth analyses, investigative journalism, top opinions and a range of features. Journalism strengthens democracy. Invest in the future today.
Subscribe to News24
Related Links
No letting up from Kane in the fight against racism
Solskjaer backs Cavani to be on his game against PSG
Zidane determined to turn around Real Madrid slump after latest Shakhtar defeat
Next on Sport24
I'm 'extremely happy' at Arsenal - Mikel Arteta dismisses Barcelona speculation