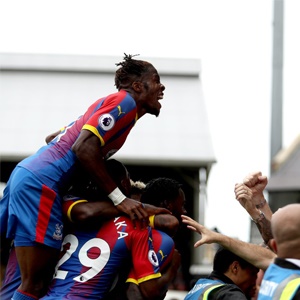 Cape Town - Wilfried Zaha was racially abuse and his family were threatened on social media in the aftermath of Crystal Palace's 2-2 draw with Arsenal on Sunday.

Zaha won a late penalty after being fouled by Arsenal’s Granit Xhaka.

Xhaka told reporters after the game that it was a “clear penalty”, but that didn’t stop Zaha from being subjected to insults and threats online.

The abuse came to light after Zaha posted a reply to his abusers on social media.

“For all the people taking it one step further and being racist and wishing death on my family I wish you and your families the best too x p.s my life is still very good despite your hate,” the 25-year old wrote.

Zaha is likely to be back in action Wednesday night when Roy Hodgson’s side travel to Teeside to face Middlesbrough in the fourth round of the Carabao Cup.

We live in a world where facts and fiction get blurred
In times of uncertainty you need journalism you can trust. For only R75 per month, you have access to a world of in-depth analyses, investigative journalism, top opinions and a range of features. Journalism strengthens democracy. Invest in the future today.
Subscribe to News24
Related Links
Derby boss Lampard eyes 'special' return to Chelsea
Winning title will be harder than last year, says Silva
'If you cheat, you have to be thrown out' - La Liga chief steps up pressure on PSG
Next on Sport24
Kane says Premier League players should keep taking the knee in racism fight