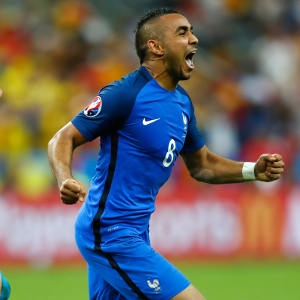 Tehran - Dimitri Payet was enemy number one in Portugal when he clattered into Cristiano Ronaldo in a hefty challenge that saw the Portuguese talisman eventually stretchered off in tears from the Euro 2016 final.

But the French playmaker also in that instant made sworn enemies much farther away on Sunday -- in Iran.

Real Madrid forward Ronaldo is a hero and icon to football-mad Iranian fans and they quickly made their feelings known to Payet, flooding his Instagram account with accusations he had intentionally hobbled Ronaldo, even though the referee did not rule it a foul.

A stream of abusive posts on Instagram came Payet's way in Persian, with insults that included branding him a "son of a dog".

But not everyone agreed with the abuse, with at least one poster asking for forgiveness from "all Iranians".

Portugal, Ronaldo and his Iranian fan club had the last laugh, however, as the Portuguese went on to beat Payet and his France side 1-0.