Alvaro Morata returns to Juventus on loan from Atletico Madrid 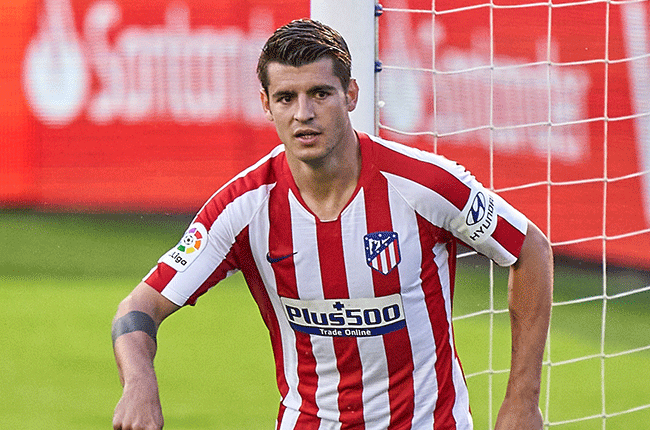 He graduated through the youth system at Real Madrid and had two stints at the club either side of his first spell at Juventus. He also had a spell at Chelsea before joining Atletico, initially on loan

He has joined Juventus on a season-long loan, which will cost €10 million, the club said.

"He will be part of this year's team, with an option for a one-year extension to the loan, plus an option to buy," said Juventus on their website, adding that the transfer fee would be €45 million, in three annual payments of €15 million, while a loan extension would cost €10 million at the end of which Juventus would have another option to buy, for €35 million.

"There's nothing more exciting than a homecoming and the return of Alvaro Morata to Turin is a beautiful one at that!" said Juventus.

After Gonzalo Higuain left for Miami last week, Juve's new coach, Andrea Pirlo, needed a solid centre-forward. The club was linked to Barcelona's Luis Suarez and Roma's Edin Dzeko but Morata, who played with Pirlo in his first spell at club, has arrived instead.

Spanish media immediately speculated that Morata's departure could clear the way for Atletico to recruit Suarez.

Morata scored in both legs in the 2015 Champions League semi-finals as Juventus beat one of his former clubs, Real Madrid, 3-2 on aggregate.

He then scored a second-half equaliser in the final before goals by Suarez and Neymar gave Barcelona a 3-1 victory.

His last goal for Juventus was the winner in the 2016 Copa Italia final against AC Milan, when he came off the bench 18 minutes into extra time and scored two minutes later.

"Even though Alvaro left the club four years ago, after having won five trophies in two years: two Scudetti, two Italian Cups, one Italian Super Cup, he has always remained Bianconero in his heart and his return will be as though he never even said goodbye.

"Because Alvaro is one of us," said Juventus.

We live in a world where facts and fiction get blurred
In times of uncertainty you need journalism you can trust. For only R75 per month, you have access to a world of in-depth analyses, investigative journalism, top opinions and a range of features. Journalism strengthens democracy. Invest in the future today.
Subscribe to News24
Related Links
Thiago Silva recalls TB fright ahead of Chelsea debut
Man United reach League Cup last 16 as coronavirus causes chaos
West Ham boss Moyes, 2 players test positive for coronavirus
Next on Sport24
Infantino says biennial World Cup gives countries chance to 'dream'