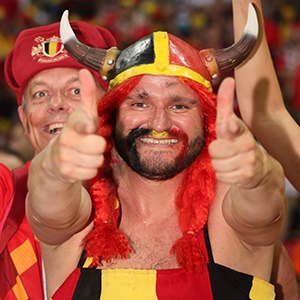 The Belgian Pro League announced on Sunday that it had postponed for the third time a meeting which will decide whether to end the season because of the coronavirus pandemic.

"The Pro League Board of Directors has today decided to postpone the General Assembly from 4 May to 15 May," the league said in a statement.

The board of directors of the Pro League recommended on 2 April that the season be declared over, but this needs to be approved at a general meeting.

One was scheduled for 15 April but postponed first until 24 April and then to Monday before Sunday's decision to push back the meeting another 11 days.

The league said that clubs - who are mostly in favour of ending the season - are awaiting advice from Belgium's National Security Council before making a final decision.

However a restart looks unlikely as the Belgian government has banned all mass gatherings until 31 August, and the Belgian football federation says that even a match behind closed doors would mobilise at least 400 people.

We live in a world where facts and fiction get blurred
In times of uncertainty you need journalism you can trust. For only R75 per month, you have access to a world of in-depth analyses, investigative journalism, top opinions and a range of features. Journalism strengthens democracy. Invest in the future today.
Subscribe to News24
Related Links
Klate: I've learnt a lot as Chippa reserve team coach
United show renewed interest in Juve star Rabiot
De Bruyne believes Premier League will play to conclusion
Next on Sport24
Africa roundup: 46 nations want CAF boss Ahmad to serve second term