Court set to rule on whether Benzema must stand trial 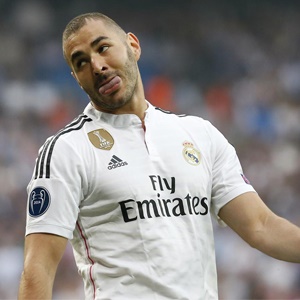 Paris - The Paris Appeal Court said on Thursday that it will rule next month on the validity of a blackmail case against Real Madrid star Karim Benzema and five other men.

At a long-awaited hearing on Thursday, prosecutors asked the court confirm the validity of a police investigation into Benzema for his role an alleged attempt to blackmail Mathieu Valbuena over a sex tape.

In July 2017, France's highest court, the Court of Cassation, annulled an earlier decision to send Benzema to trial and ordered the Paris court to review the original ruling.

The affair began in June 2015, when Valbuena received a call from a blackmailer who threatened to release an intimate video.

Valbuena contacted the police, who assigned an undercover officer to the case.

Investigators accused Benzema of acting as an intermediary between the presumed blackmailers and Lyon midfielder Valbuena.

Benzema was dropped from the French side before Euro 2016 and has not been recalled.

Benzema and three of the other suspects had asked for the case against them to be dropped.

They say police used "dishonest" methods by posing as a friend of Valbuena in a telephone conversation with one of the accused, Younes Houass, and urging the payment of a ransom.

The Court of Cassation questioned the legal validity of the recordings of phone conversations which were central to the case against Benzema and the other suspects.

"No financial quid-pro-quo and no threat, which are the elements constituting the offence of blackmail, were mentioned before the police got involved," said Samim Bolaky, Houass's lawyer, after Thursday's hearing.

Valbuena's lawyer, Paul-Albert Iweins, said "the police officers behaved perfectly normally." In such blackmail cases, the lawyer said, "most often, it is a police officer who substitutes" as negotiator.

He added that the case against Benzema is not weakened by the argument over the telephone conversations, since the striker played no part in those.

But Benzema's lawyer, Sylvain Cormier, argued that "a criminal prosecution is like dominos: if you remove the beginning of an investigation, if its initial acts are tainted with irregularities, well the whole must fall."

"Karim is innocent," the lawyer said.