England to host Wales at Wembley in October England will face Wales in a friendly at Wembley on 8 October, football chiefs announced on Thursday.

The game will be played behind closed doors before both sides return to Nations League action the following weekend.

It will be the first meeting between the two sides since Daniel Sturridge's last-minute winner gave England a 2-1 victory during the group stages of Euro 2016.

The fixture will be the first international to be held at Wembley since the coronavirus outbreak.

England take on Nations League rivals Iceland and Denmark in September but both games are away from home.

Ryan Giggs' Wales will make the short journey to face Ireland three days after the Wembley friendly, while England host Belgium on the same day.

Related Links
Carlo Ancelotti is not fretting over Jordan Pickford's form
SAFA hits back at claims it is obstructing resumption of PSL season
Mikel Arteta has 'big concerns' over size of Arsenal transfer kitty
Share
Next on Sport24
Wolves into Europa League quarter-finals, Sevilla, Basel and Leverkusen cruise 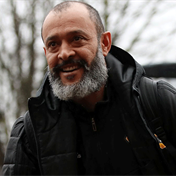