Cape Town - The FA Cup sixth round draw was made at Stamford Bridge on Sunday evening, with the competition heading into its quarter-final stage.

The draw sees Crystal Palace away to second-tier Reading, a club once managed by Eagles boss Alan Pardew.

Chelsea, who beat an under-strength Manchester City 5-1 at Stamford Bridge, are away to Everton in a repeat of the 2009 FA Cup final which the Blues won during current caretaker boss Guus Hiddink's first spell as interim manager.

West Ham, who in Sunday's opening fifth round tie saw off Championship Blackburn Rovers 5-1, will travel to the winners of Monday's tie between third-tier Shrewsbury Town and struggling Manchester United.

Meanwhile holders Arsenal, bidding to become the first club to win the FA Cup three years in a row since the 19th Century, must see off Hull in a replay following Saturday's goalless draw at the Emirates if they are to face Watford in next month's quarterfinals.

We live in a world where facts and fiction get blurred
In times of uncertainty you need journalism you can trust. For only R75 per month, you have access to a world of in-depth analyses, investigative journalism, top opinions and a range of features. Journalism strengthens democracy. Invest in the future today.
Subscribe to News24
Related Links
Milan: Jose 'going to Manchester'
Chelsea to ban fans who threw coins
Palace shock Spurs with FA Cup win
Next on Sport24
Argentines mourn Diego Maradona, 'the most human of Gods' 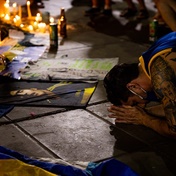