Saint-Denis  - France winger Kinglsey Coman will miss the Euro 2020 qualifier against Iceland with a back problem, the French Football Federation (FFF) announced on Sunday.

"After dialogue with the medical staff and the player, Didier Deschamps decided the player would return to his club. Kingsley Coman will not be replaced," the FFF said in a tweet ahead of the fixture on Monday in Paris.

Coman, 22, who plays his club football for Bayern Munich, was set to start the opening game of les Bleus' campaign in Friday's victory in Moldova but pulled out during the pre-match warm up.

He missed the World Cup in Russia with an ankle injury and he made his last international appearance in November 2017.

We live in a world where facts and fiction get blurred
In times of uncertainty you need journalism you can trust. For only R75 per month, you have access to a world of in-depth analyses, investigative journalism, top opinions and a range of features. Journalism strengthens democracy. Invest in the future today.
Subscribe to News24
Related Links
German league boss slams Champions League reform plans
LIVE: Libya v Bafana Bafana
Comfortable passage for champions Cameroon as Burundi make history
Next on Sport24
CAF postpone Champions League semi-final, final 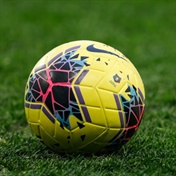