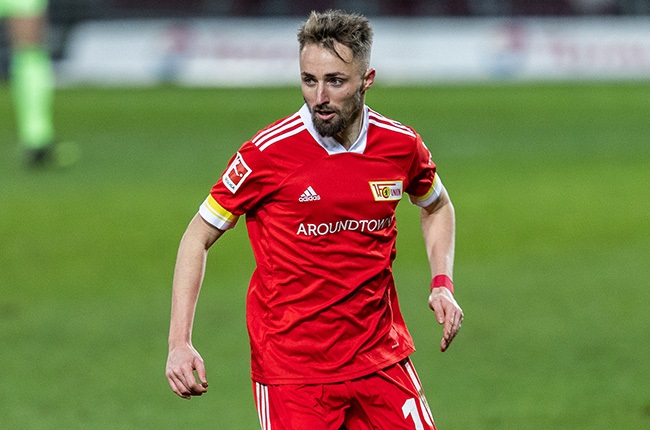 The German FA (DFB) has confirmed it is investigating Union Berlin defender Florian Huebner over an allegation of racism made following Friday's Bundesliga match at home to Bayer Leverkusen.

According to the DFB, "there are suspicions" Huebner aimed "a racist insult" at Leverkusen midfielder Nadiem Amiri, whose parents are from Afghanistan, after the final whistle of Union's 1-0 win.

Union have rejected any accusation of racism.

However, in a post-match interview Leverkusen defender Jonathan Tah said he heard "shitty Afghan" said in the direction of Germany international Amiri.

"As a first step, we will write to all those involved and ask them to make statements, then evaluate," said the DFB in a statement.

"Regardless of the outcome, the DFB does not tolerate any racism or discrimination.

"This is an absolute no-go for us and will be punished accordingly, if proven."

According to Leverkusen, Amiri has accepted an apology from Huebner.

"He spoke to me in the dressing room after the game. Emotions on the pitch led to some unpleasant words, for which he is very sorry," Amiri said in a statement.

"That's why the matter is now closed for me."

We live in a world where facts and fiction get blurred
In times of uncertainty you need journalism you can trust. For only R75 per month, you have access to a world of in-depth analyses, investigative journalism, top opinions and a range of features. Journalism strengthens democracy. Invest in the future today.
Subscribe to News24
Related Links
Man United stay top of Premier League after draw with Liverpool
WRAP | Premier League
Arsenal outcast Ozil confirms Fenerbahce move
Next on Sport24
Barca given fresh start as Joan Laporta elected new club president