Kuyt: Pogba was screaming at his own players 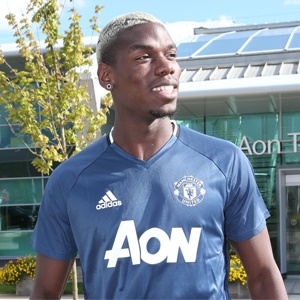 Cape Town - If Feyenoord forward Dirk Kuyt's claims are to be believed, it seems things may not be as rosey at Manchester United for Jose Mourinho as it first appeared.

United were humbled by Manchester City over the weekend and then endured a frustrating trip to Rotterdam in the Europa League as they lost 1-0 to Feyenoord on Thursday.

One player who seemed to feel this frustration more than others was £89 million man Paul Pogba.

Former Liverpool stalwart and current Feyenoord captain Kuyt has told how Pogba started yelling at his teammates during the loss.

"All I heard during the first half against United was Pogba screaming and shouting at his own players," he said after the match.

"And when it was half-time, he was shouting at them all even louder.

Tactically Feyenoord had an easy time preparing for Mourinho's men, who Kuyt feels are predictable.

"The thing about United is that they only know one way to play. We waited for them to attack and stayed very compact as a team because we knew that if you attack them from the beginning then you run into a knife.

"They love to counter-attack. But, if you stop them doing that, then you know that you will always get chances against them."

We live in a world where facts and fiction get blurred
In times of uncertainty you need journalism you can trust. For only R75 per month, you have access to a world of in-depth analyses, investigative journalism, top opinions and a range of features. Journalism strengthens democracy. Invest in the future today.
Subscribe to News24
Related Links
Mourinho tells Pogba to forget price tag
Everyone is Googling Zlatan
Mourinho: It was hard to convince Pogba
Next on Sport24
Stalemate between Atletico and Barca hands advantage to Real Madrid