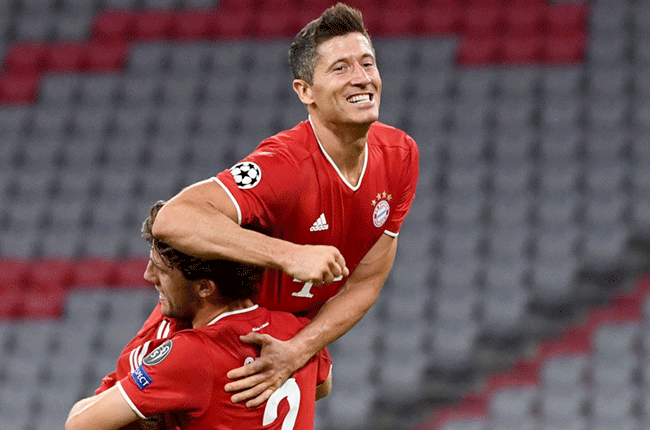 The 31-year-old Pole was the runaway winner of the title awarded by the football magazine Kicker, following a vote by journalists.

"I'm very proud," Lewandowski told Kicker. "Expectations are getting higher and higher and every year I try to surpass them."

The striker amassed 55 goals for Bayern, finishing top scorer in every club competition in which he played. He hit 34 in the Bundesliga, 15 in the Champions League and six in the German Cup, as Bayern won all three.

He is a favourite for the world Player of the Year prize. FIFA has said it wants to make the award despite the new coronavirus pandemic, but a date has not yet been set.

"I can't think of any other player who is more deserving than him to be named FIFA World Player of the Year," said Bayern coach Hansi Flick, who was named best German coach ahead of last year's winner, Liverpool coach Jurgen Klopp.

We live in a world where facts and fiction get blurred
In times of uncertainty you need journalism you can trust. For only R75 per month, you have access to a world of in-depth analyses, investigative journalism, top opinions and a range of features. Journalism strengthens democracy. Invest in the future today.
Subscribe to News24
Related Links
Van Dijk: No need for Liverpool to panic
Man Utd keeping tabs on Ajax midfielder
Jose Mourinho: Age is just a number
Next on Sport24
Elite sport in England exempt from fresh lockdown