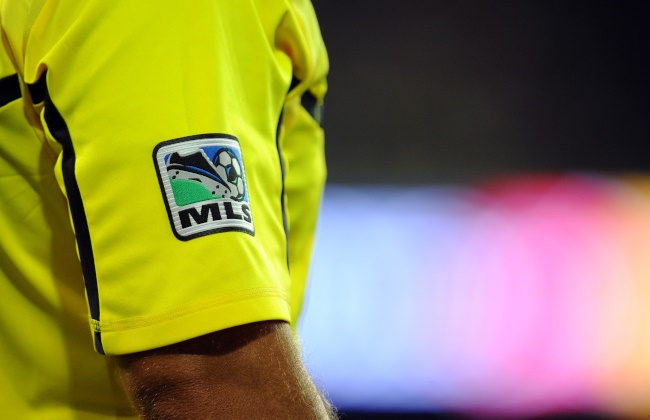 Wearing jerseys with the names of black victims of police brutality, the Philadelphia Union defeated New York City FC 1-0 Thursday in the Major League Soccer is Back Tournament.

US midfielder Alejandro Bedoya, whose captain's armband was inscribed with the names of 30 black people who died at the hands of police, scored in the 63rd minute to give the Union a victory in the Group A match on day two of the World Cup-style event.

The tournament in a bubble atmosphere at Orlando, Florida, marks the return for MLS after shutting down in March due to the coronavirus pandemic only two weeks into the regular season.

The Union warmed up with black shirts inscribed with "Black Lives Matter" and then players revealed white jerseys that, instead of their own last names, had those of black victims of police brutality.

Continuing the "Remember Their Names" theme was a message on the lower back of each jersey: "One name, too many."

Bedoya struck with a shot from inside the penalty area just beyond an hour in hot and humid conditions after the first 9 a.m. kickoff in MLS history.

His armband included the name of George Floyd, whose killing in May while in police custody touched off protests worldwide against racial injustice and police brutality.

Jamaican goalkeeper Andre Blake made seven saves to earn the shutout for the Union.

Players on both clubs kneeled before the match, a sign of solidarity with the Black Lives Matter movement.

Before Wednesday's opening match between Orlando FC and Inter Miami, the MLS Black Players for Change demonstrated on the field, each raising a fist while wearing shirts with such phrases as "Silence is Violence" and "Black and Proud."

We live in a world where facts and fiction get blurred
In times of uncertainty you need journalism you can trust. For only R75 per month, you have access to a world of in-depth analyses, investigative journalism, top opinions and a range of features. Journalism strengthens democracy. Invest in the future today.
Subscribe to News24
Related Links
'Viola forever': Ribery to stay at Fiorentina despite home burglary
Borussia Dortmund reveal plan to replace Manchester United target Jadon Sancho
Jurgen Klopp indebted to exceptional goalscoring trio
Next on Sport24
EPL TV | The latest videos from the English Premier League