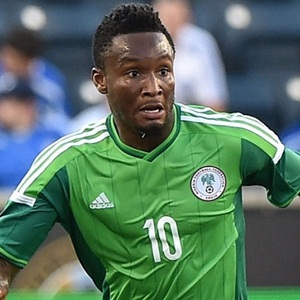 The Super Eagles welcome Seychelles to the southeastern city of Asaba on March 22 in a final 2019 Africa Cup of Nations qualifier and four days later they take on Egypt in a friendly at the same venue.

Mikel has not played for Nigeria since the team exited the 2018 World Cup at the group stage in Russia in June.

However, he has been on superb form for promotion-seeking Middlesbrough in the English second division since his recent return from China in January.

Nigeria have also called up two uncapped players for these matches - Valentine Ozornwafor, who shone at the recent U20 African Championship in Niger and Paul Onuachu, who has been a consistent scorer for Danish club FC Midtjylland.

We live in a world where facts and fiction get blurred
In times of uncertainty you need journalism you can trust. For only R75 per month, you have access to a world of in-depth analyses, investigative journalism, top opinions and a range of features. Journalism strengthens democracy. Invest in the future today.
Subscribe to News24
Related Links
Giggs backs Solskjaer to stay on at Man United
Reus urges Dortmund to write history against Spurs
Liverpool must answer critics on the pitch
Next on Sport24
Atletico, Bayern surge clear but game on in France: European talking points