No Serie A restart before 14 June, says FIGC 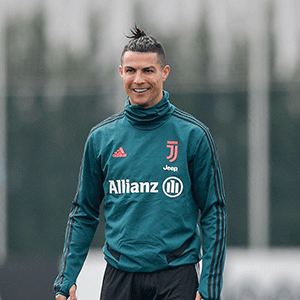 The Italian Football Federation (FIGC) announced on Monday that all its competitions, including Serie A, will remain suspended until 14 June.

The Lega Serie A had hoped for a return on 13 June but the FIGC has pushed back the date in line with a government decree that all sports competitions be suspended until next month.

The FIGC said the choice was made "pending any further... decision by the authorities", suggesting the possibility of a restart on 13 June might still exist.

The Italian season has been on hold since 9 March amid the pandemic which has killed more than 32 000 people in Italy.

But Italian Prime Minister Giuseppe Conte on Saturday said he needed "more guarantees" before the green light could finally be given for football to resume.

A meeting is planned in the near future between Conte and Italian football bosses.

The government's technical and scientific committee will decide in the coming days if it accepts the new health protocols proposed for a return to group training and competition.

We live in a world where facts and fiction get blurred
In times of uncertainty you need journalism you can trust. For 14 free days, you can have access to a world of in-depth analyses, investigative journalism, top opinions and a range of features. Journalism strengthens democracy. Invest in the future today. Thereafter you will be billed R75 per month. You can cancel anytime and if you cancel within 14 days you won't be billed.
Subscribe to News24
Related Links
California, New York hint sports could return
Havertz stars as Leverkusen thump Bremen
Red Bull Street Style 2020 kicks off with new online season
Next on Sport24
EPL TV | The latest videos from the English Premier League

Get the newsletter
Voting Booth
Would you be keen to see the Springboks join the Six Nations?
Please select an option Oops! Something went wrong, please try again later.
Yes! The Northern Hemisphere is the future.
52% - 2379 votes
No! The Rugby Championship is still the pinnacle.
48% - 2192 votes
Previous Results
Showmax
The story of a legend: Sir Alex Ferguson