'Special One' Jose Mourinho lands his next coaching gig in Italy 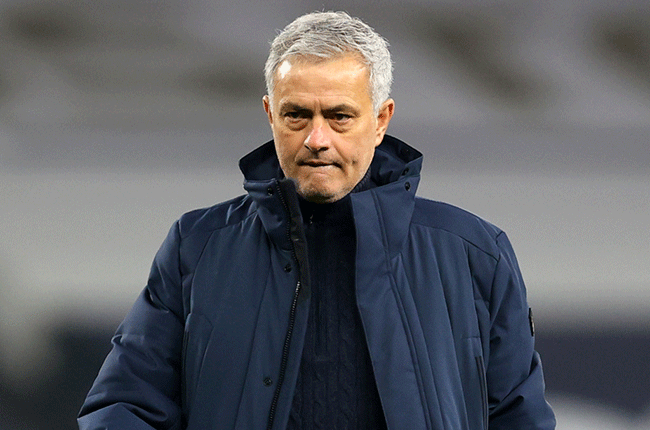 Jose Mourinho will take over as coach of Roma on a three-year deal from next season, the Serie A club announced on Tuesday.

Mourinho, sacked by Premier League club Tottenham last month, will replace fellow Portuguese Paulo Fonseca who will leave Roma at the end of the current campaign.

Mourinho returns to Italy where he led Inter Milan to the treble in 2010.

The 58-year-old also won the Champions League with Porto in 2004, three Premier League titles with Chelsea and La Liga with Real Madrid in 2012.

Mourinho, who led Manchester United to the Europa League in 2017, has signed a contract with Roma that runs until June 30, 2024.

"We are thrilled and delighted to welcome Jose Mourinho into the AS Roma family," club president Dan Friedkin and vice-president Ryan Friedkin said.

"A great champion who has won trophies at every level, Jose will provide tremendous leadership and experience to our ambitious project.

"The appointment of Jose is a huge step in building a long-term and consistent winning culture throughout the club."

Mourinho has claimed 25 major trophies in his career to date and joins a club that hasn't won Serie A since 2001.

"Thank you to the Friedkin family for choosing me to lead this great club and to be part of their vision," Mourinho said in a statement.

"It is the same ambition and drive that has always motivated me and together we want to build a winning project over the upcoming years.

"The incredible passion of the Roma fans convinced me to accept the job and I cannot wait to start next season."

'One of the greatest'

Mourinho is one of only three managers to have won the Champions League with two different clubs, a feat he has also repeated in the Europa League.

"When Jose became available, we immediately jumped at the chance to speak with one of the greatest managers of all time," said Roma general manager Tiago Pinto.

"We were blown away by Jose's desire to win and his passion for the game: no matter how many trophies he has won, his primary focus is always on the next one. He possesses the knowledge, experience and leadership to compete at all levels."

Earlier Roma confirmed that Fonseca would leave the club after two years with the three-time Italian champions who are trophyless since 2008.

Fonseca, 48, joined the club in 2019 on a two-year contract with the option for a third year if the club reached the Champions League next season.

The club finished fifth in Serie A last campaign and are currently seventh, nine points behind city rivals Lazio who sit sixth and have a game in hand.

Fonseca replaced Claudio Ranieri, who had a brief spell as coach after Eusebio Di Francesco was sacked in January 2019.

Di Francesco had guided the club to the Champions League semi-finals in 2018.

???????????????? ??The club are delighted to announce an agreement has been reached with Jose Mourinho for him to become our new head coach ahead of the 2021-22 season.#ASRoma pic.twitter.com/f5YGGIVFJp